Woodworking in the Mountains

If you visit the museum this fall, you’ll encounter our newest exhibit on woodworking in Appalachia. In a densely wooded area before logging removed all the old-growth trees, folks in the mountains relied heavily on wood as a resource not just for building their homes but for all kinds of different things. Without easy access to metal or glass—and in a time before Amazon dropped packages on your front porch—people had to get creative. They turned wood into tools like wedges and mallets as well as household items like chairs and door hinges. 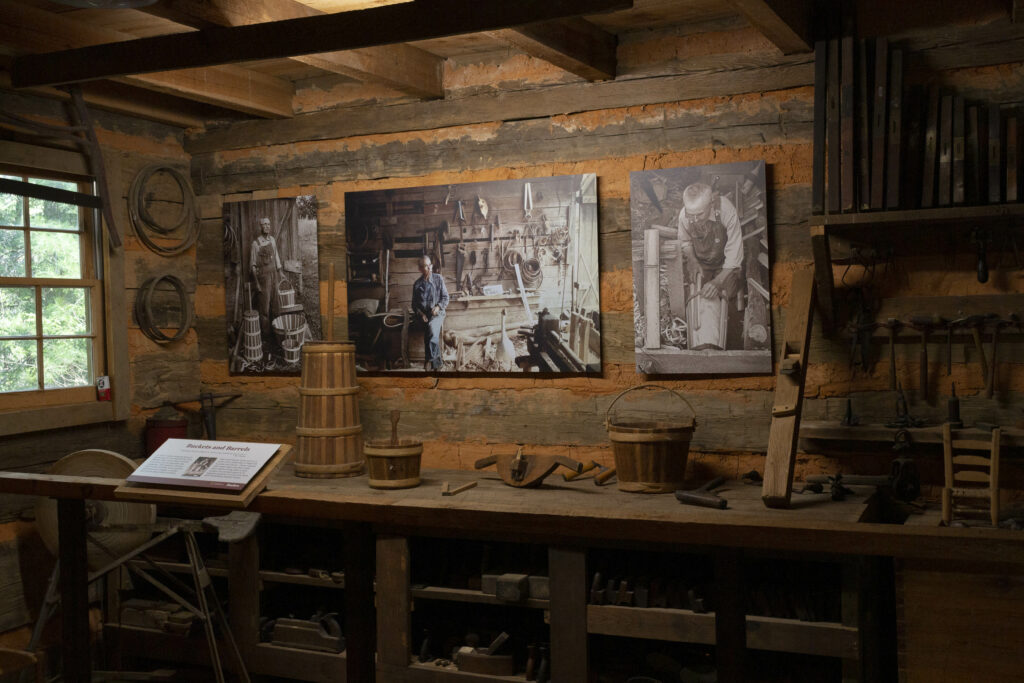 Max Woody, a well-known chairmaker, remembers of his father and grandfather:

“In that day and time, they made what they had to have for their mountain homes and farms. They made wagons and sleds and anything they needed. If you didn’t make it or grow it, you didn’t have it. They didn’t need anything from the hardware [store], and they didn’t do much sanding. They didn’t have any sandpaper. They did some scraping [instead]. They dried their rungs, but the posts were green in the upright chairs. They would cut the timber one day and make it into chairs the next, and if they warped one up, [it didn’t make that much difference]. They were just ol’ rough mountain chairs. During the Depression, chairs used to sell for fifty cents apiece.” 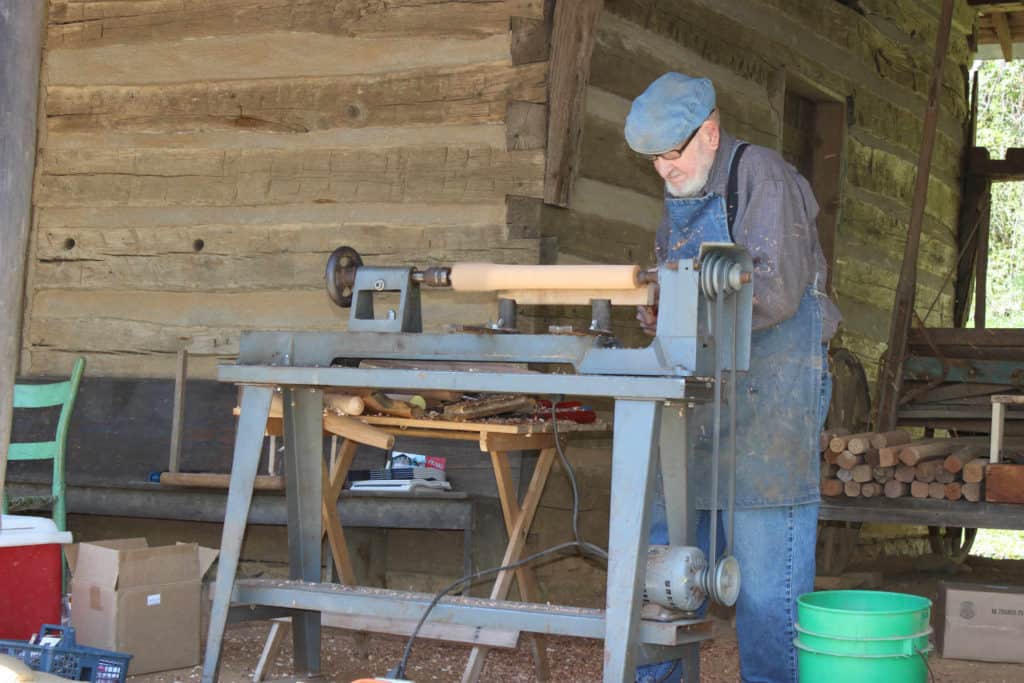 Max Woody working a lathe at the Foxfire Museum.

Common types of wood used for chairs and other items were chestnut, hickory, oak, locust, pine and poplar. Wood was used either green or seasoned, depending on its purpose. Objects that needed to be snug, like chair rungs or barrel staves, had to be dry or else they would shrink over time. Fences and shingles could be made from green wood. The easiest way to season wood is to set it in a well-ventilated place until needed. Sometimes this method took up to a few months, depending on the wood. Wood can also be cured in a dry kiln, where wood is slowly dried over small fires.

Wood that was used for larger projects—like building a house—was hand-hewn. This process involves shaping a round log into a square beam. Hewing removes the sapwood, which prevents rotting and it makes the logs lighter to lift when constructing cabins. Nearly all of the buildings at the Foxfire Museum are made from hand-hewn logs.

Railroad ties were also hewn, and were an easy way for mountain people to make money. They would sell crossties to local railroad companies who were constantly refreshing ties on the track. Dan Crane, Jr. and his father both made railroad ties:

“A lot of people hewed. They had to. That’s the only way they had to make a few dollars to buy groceries with. You couldn’t buy nothing for you, didn’t have no money or no job or nothing to work on, and you just used the ties to make your money. They [the railroads] never got too many ties because they always had to replace them. My daddy could hew ten [a day]. Eight was a good, easy day’s work. He’d hew ten a lot of times. I could hew six or seven myself, and I was just a boy then—sixteen or seventeen years old. If you got sick or something, you was just sick, and you still had to work. They weighed between three and four hundred pounds apiece. The oak crossties were heavier than the pine, but the pine crossties were easier to hew than the oak. There were first and second class ties. The first class ties would be anywhere from forty-five to fifty-five cents, and the second class would be from twenty-five to forty-five cents.” 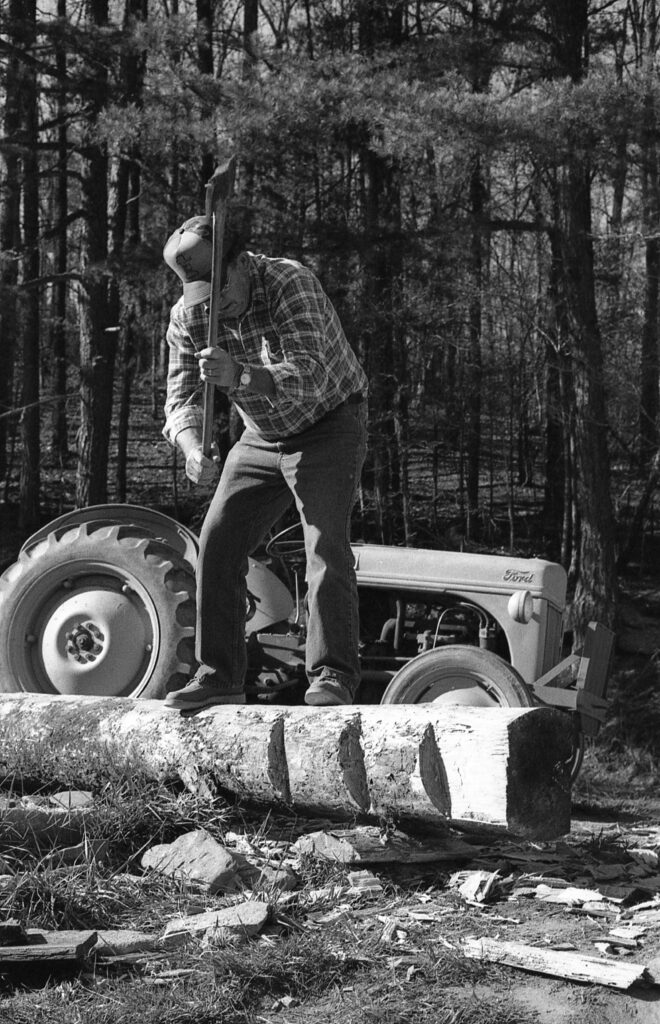 You can now see hand-crafted wooden objects and tools on display in our newest exhibit at the Foxfire Museum. During your visit, you’ll learn about the many ways in which wood was used by mountain people in both functional and artistic ways. If you’re lucky, you might even run into our volunteer woodworker, who can often be found sitting on the cabin porch on warm summer days. Learn more at www.foxfire.org.