The Science of Nature

Science was the focus on Friday, September 28, during a yarn dyeing demonstration with weaver Sharon Grist and her apprentice Amber. They had two dyes to try: yellow-orange cosmos flowers from the heritage garden at Foxfire, and black walnuts Sharon had collected. Both cosmos and black walnuts are traditional sources of natural dyes in Southern Appalachia. 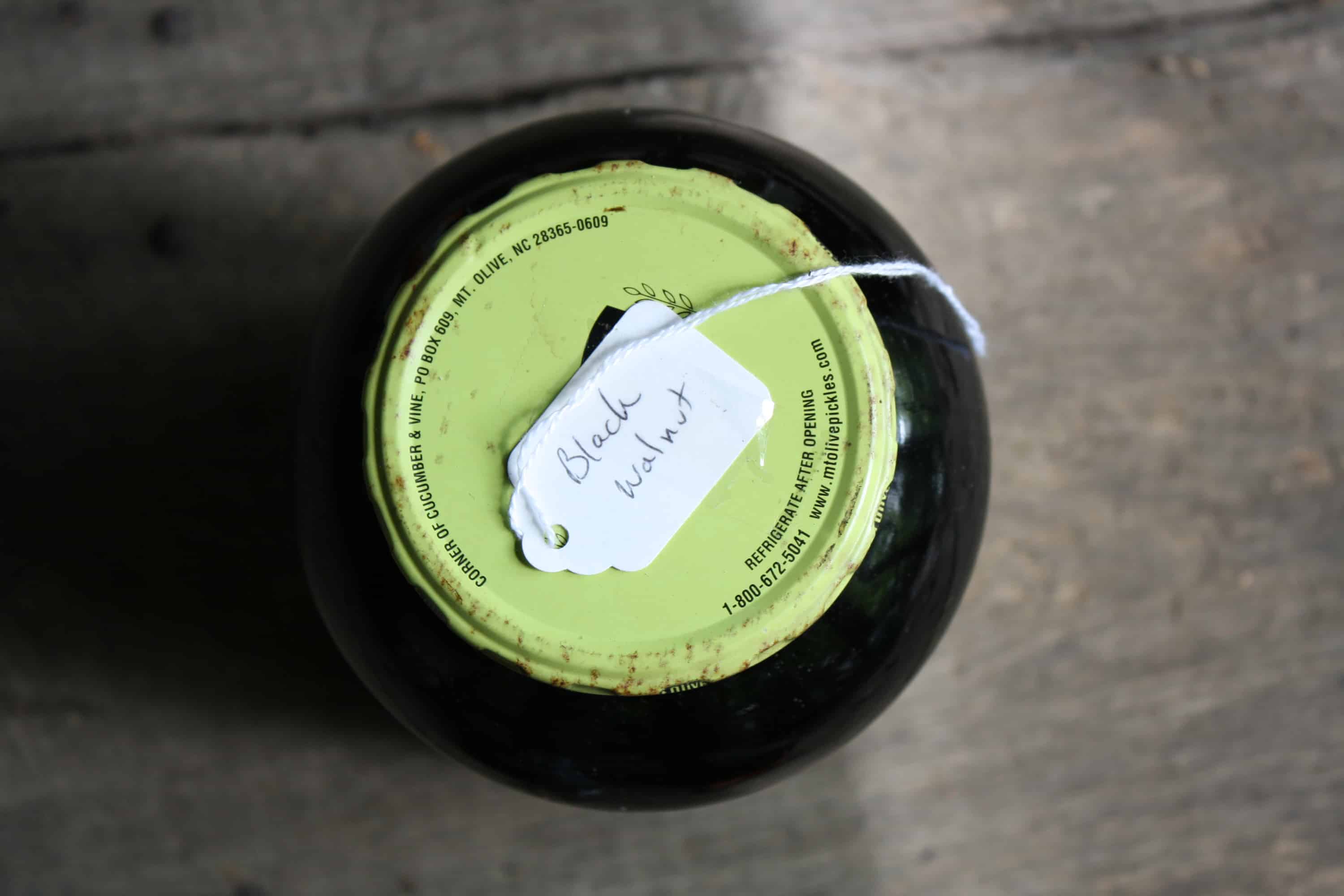 Due to the many variables involved in dyeing, results vary and change. For each dye, Sharon and Amber had a hypothesis, or an idea of how it would turn out:

1) The cosmos flowers would produce an orange hue.

2) The black walnuts would produce a brown-black color.

The first step was to prepare the yarn with a mordant so that the colors would set. Sharon and Amber soaked undyed yarn with alum and cream of tartar. Both are available at the grocery store and are safe to dispose. Black walnuts, especially dye extracted from the hulls, does not require a mordant. The yarn used with the black walnut batch was only soaked in water with dish soap to break the surface tension, as it had been previously dyed with daylilies. 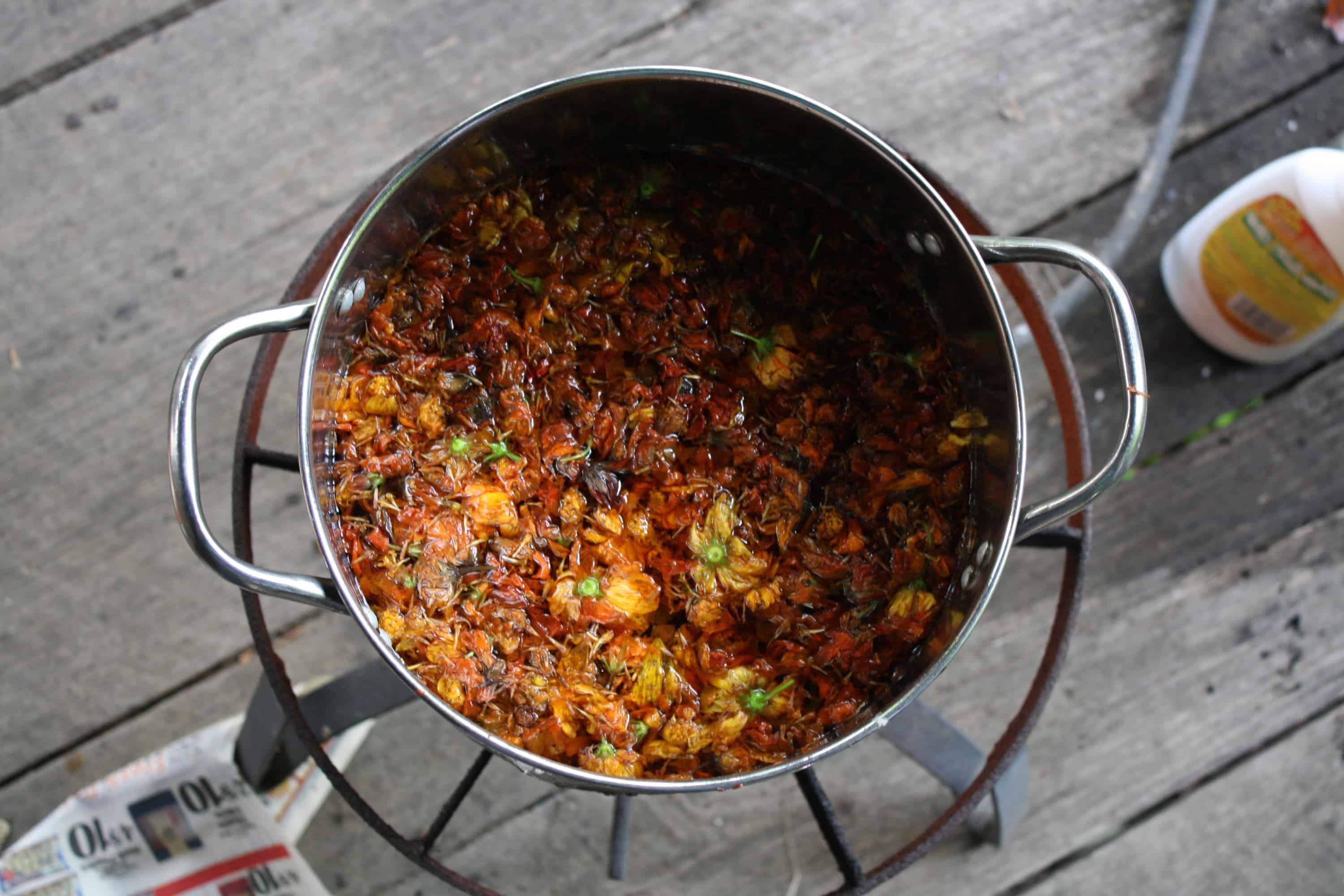 To prepare the dye, Sharon and Amber boiled the flowers in water and strained the blossoms out. Then, they added the yarn and let it simmer in the dye. 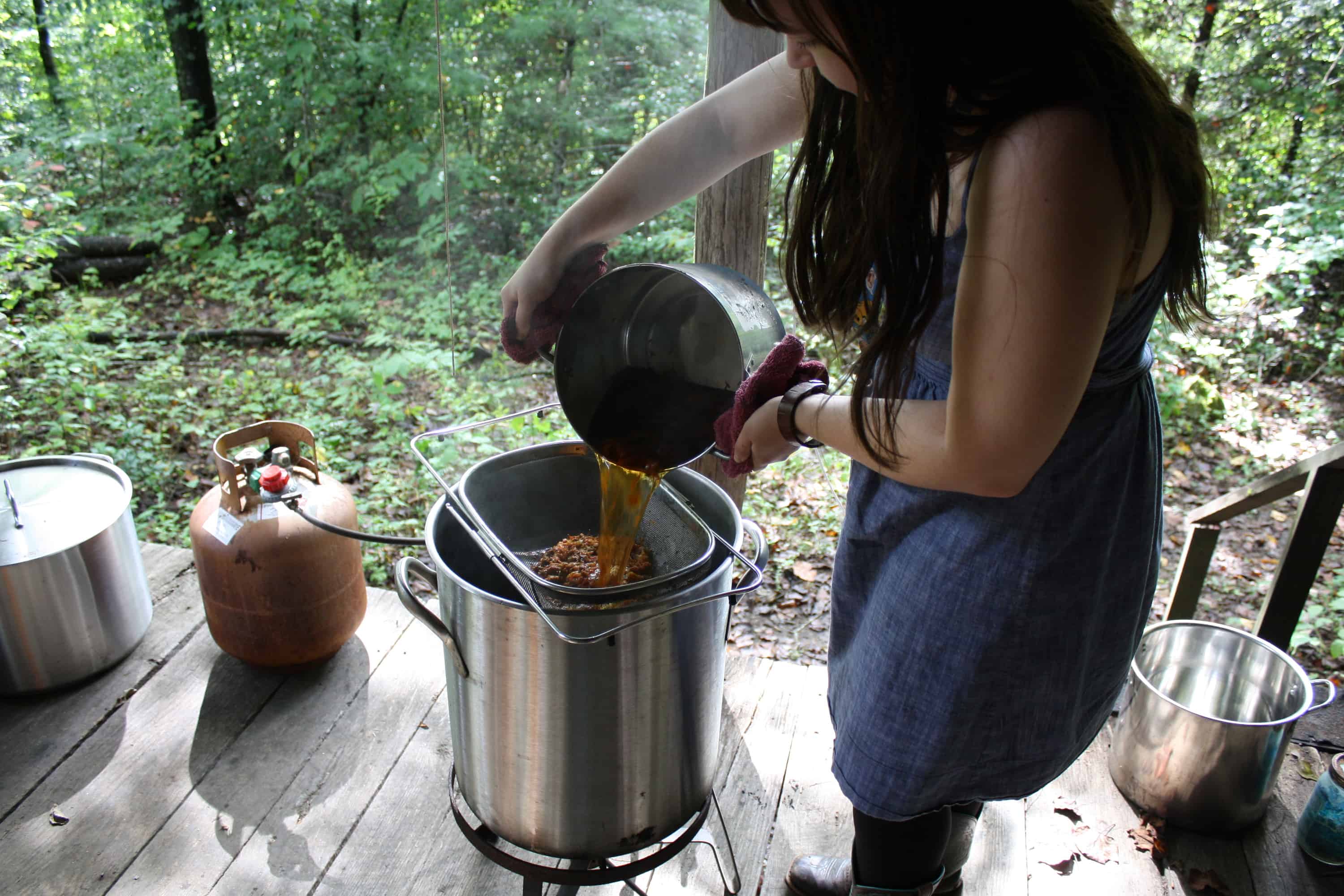 There are many factors that can influence the colors produced, though. The level of heat during the dye process affects the color and texture of the fiber. The amount of time the yarn is in the dye also can affect color, though dye does not dilute. How much dye materials you use – like the flowers or walnuts – controls color more than how much liquid is used, unlike adding more water when brewing tea or coffee. The liquid helps the dye and the yarn come together. Sharon and Amber used stainless steel pots, although historically people more commonly dyed in iron or copper pots. Both metals act as a mordant, but they also impact the colors of the dyes, whereas stainless steel does not. Sharon and Amber added iron oxide to the black walnut dye to try to darken the color.

After about one hour in the dye pot, the cosmos dye produced a light, sunny yellow that looked a little bit like yellow squash. The black walnut dye over the daylily dye was a light tan or khaki color before the iron oxide was added. The color deepened to a darker khaki brown. The yarn was rinsed and hung up to dry. Sharon recorded her results in her dye book. Though the colors were not what was expected, recording the experiment and its results helps in learning more about the dyeing process. 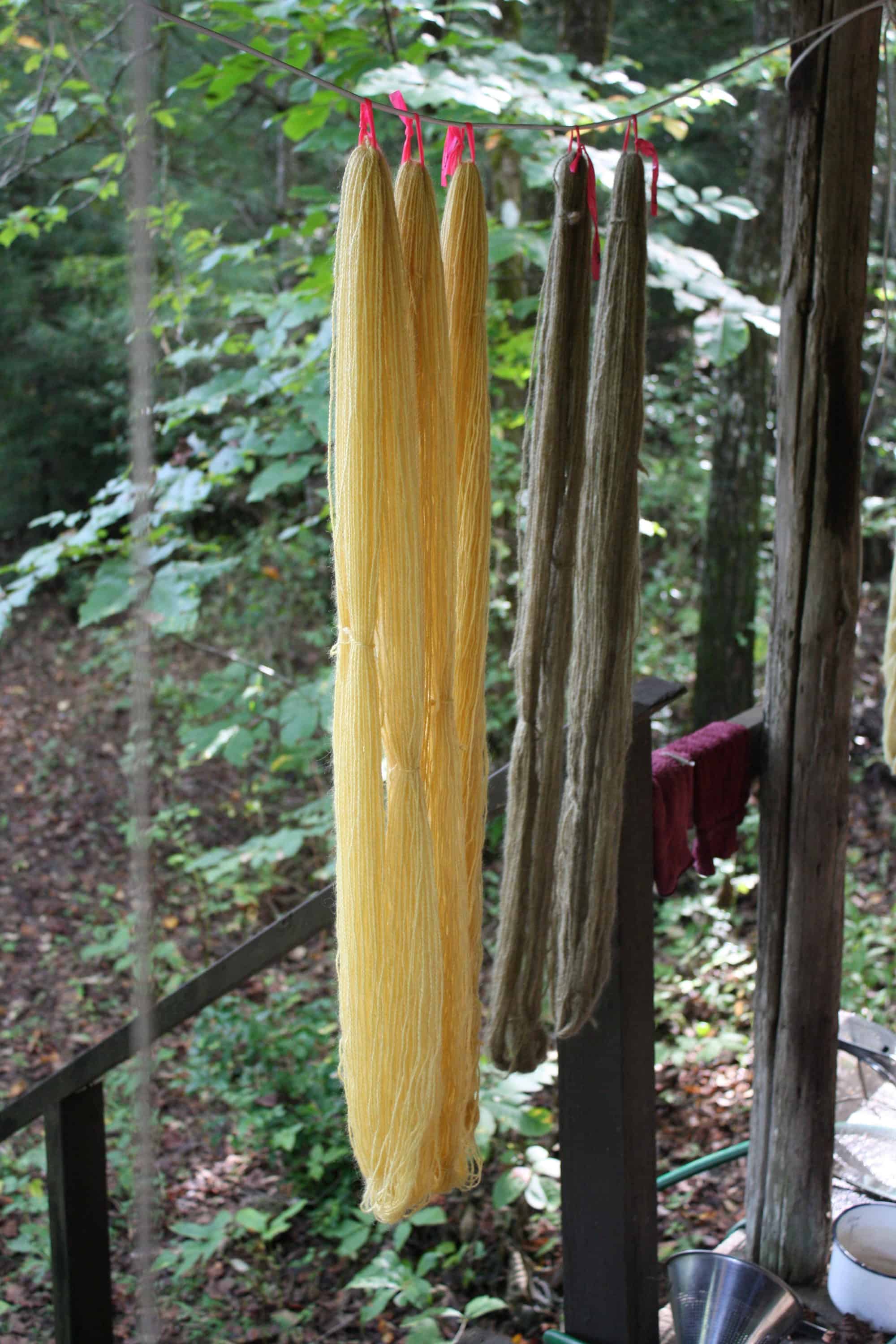 Check out Foxfire 2 for more on traditional natural dyes and the colors they produce.