When it comes to modern homes, few of us would dare to live without indoor plumbing. But for folks in the mountains, running water only became available less than 100 years ago (and that usually didn’t include toilets!) Up until then, water was hauled from nearby streams and creeks back to the house. Some people, however, created simple systems with wooden pipes. Using an auger, they would drill out the center of long, straight logs, then taper the ends to interlink the pipes. After fitting the logs together, they buried them underground in a pipeline that would bring the water straight to a spigot made from poplar and then flow into a springhouse, where they would keep their milk and butter cold. Some of these underground lines could last as long as 60 years! 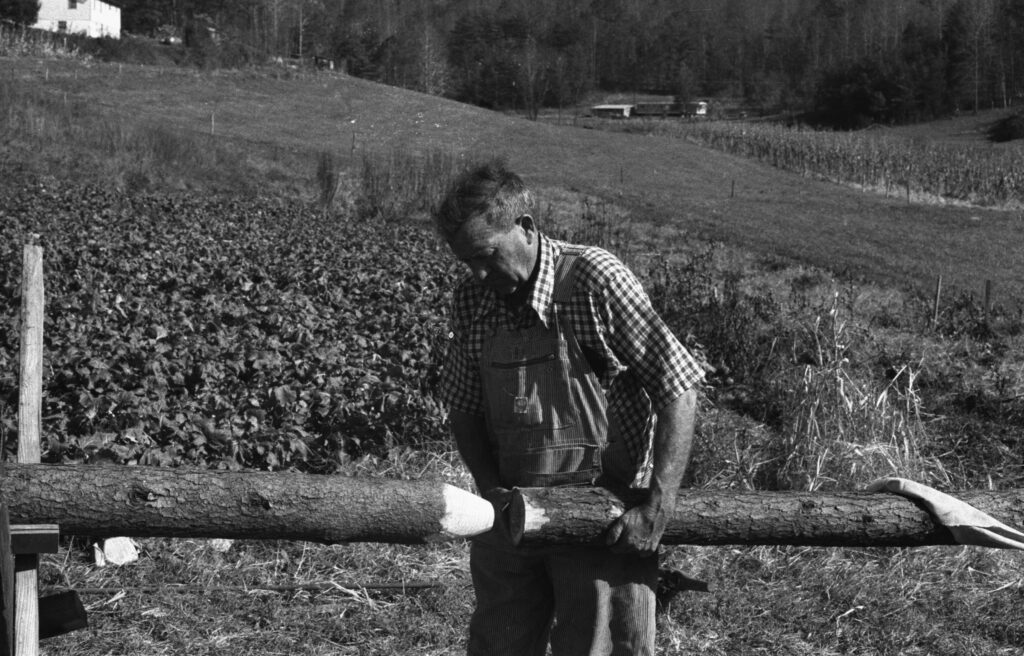 In the early 1970s, the Foxfire students were interested in seeing this process done. They finally  found Garnett Lovell, who they interviewed in 1976. Garnett came from a long line of blacksmiths; Garnett used an auger made by his grandfather Elijah when demonstrating this craft to Foxfire students. Both his father and grandfather made and used these log pipes. After reaching out to Garnett, he promised the students he would show them how to make a pipe if they brought him a six-inch diameter, ten-foot long pine log.

Garnett stands his auger on end.

To make a pipe, you’ll need to use an auger that is at least half as long as the pipe. Garnett held his upright for the Foxfire students so they could capture just how big it was. He drilled through one end of the pipe as far as the auger would go, then did the same thing on the other side. Once the hole was clear through the center of the log, he used a drawknife to taper one end of the pipe. The tapered end of the pipe fits into the bored-out end of another pipe. Just before locking the pipes together, he wrapeped a rag around the joint to minimize leakage. 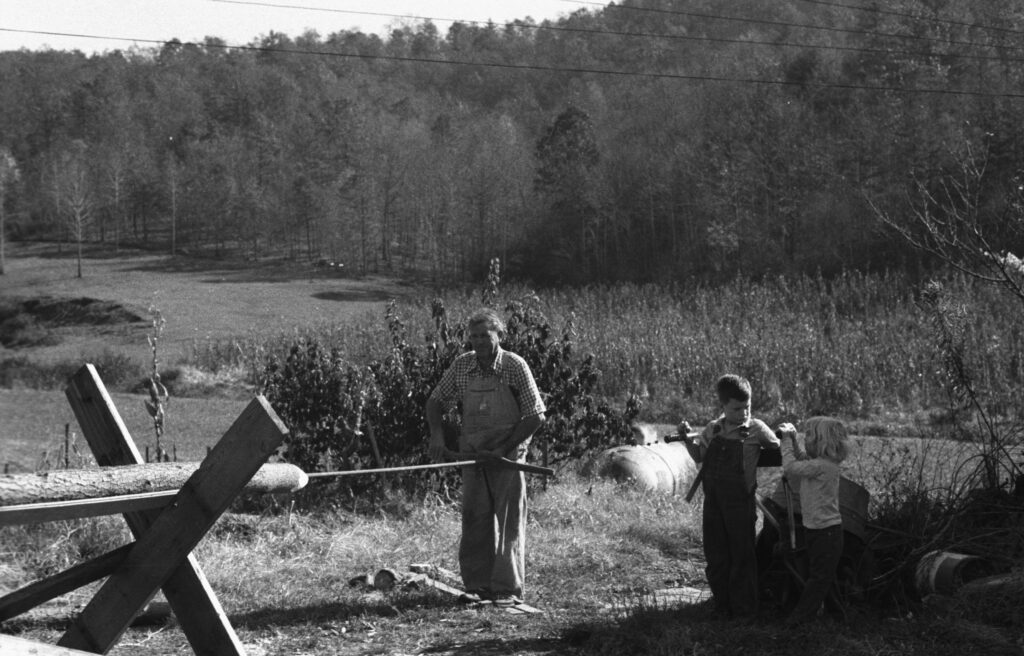 Foxfire student John Matthies drew a diagram of Garnett’s home system, showing the movement of water from a spring downhill to his springhouse. This was called “gravity water” by folks here in the mountains. Later, store-bought pipes made of clay or cast iron replaced the wooden ones until the arrival of modern materials like PVC. Learn more about early water systems in Foxfire 4! 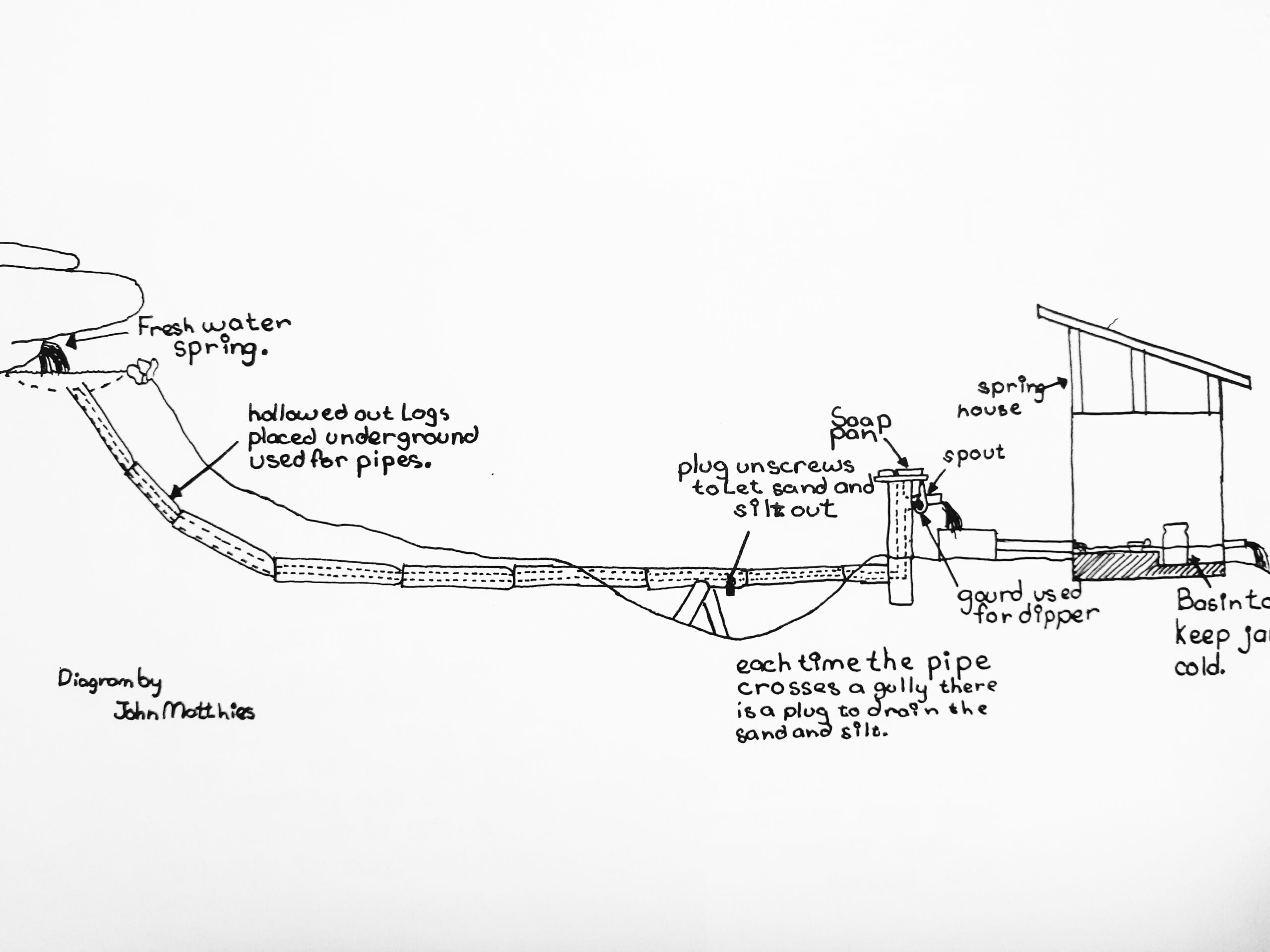