“It was just a big, loving family”: Hattie Fortson and Sadie Owens

Our fourth post features excerpts from two separate interviews with sisters Sadie Owens and Hattie Fortson. Sadie and Hattie grew up with seven other siblings in Rabun County during the 1950s and 1960s. Their education was pre-integration, so both had to make the daily journey by bus from Clayton, Georgia to Habersham County. Despite the grueling trip, and mistreatment in their community, Sadie and Hattie focus on the happier times of their childhoods and how loving and supportive their parents were. 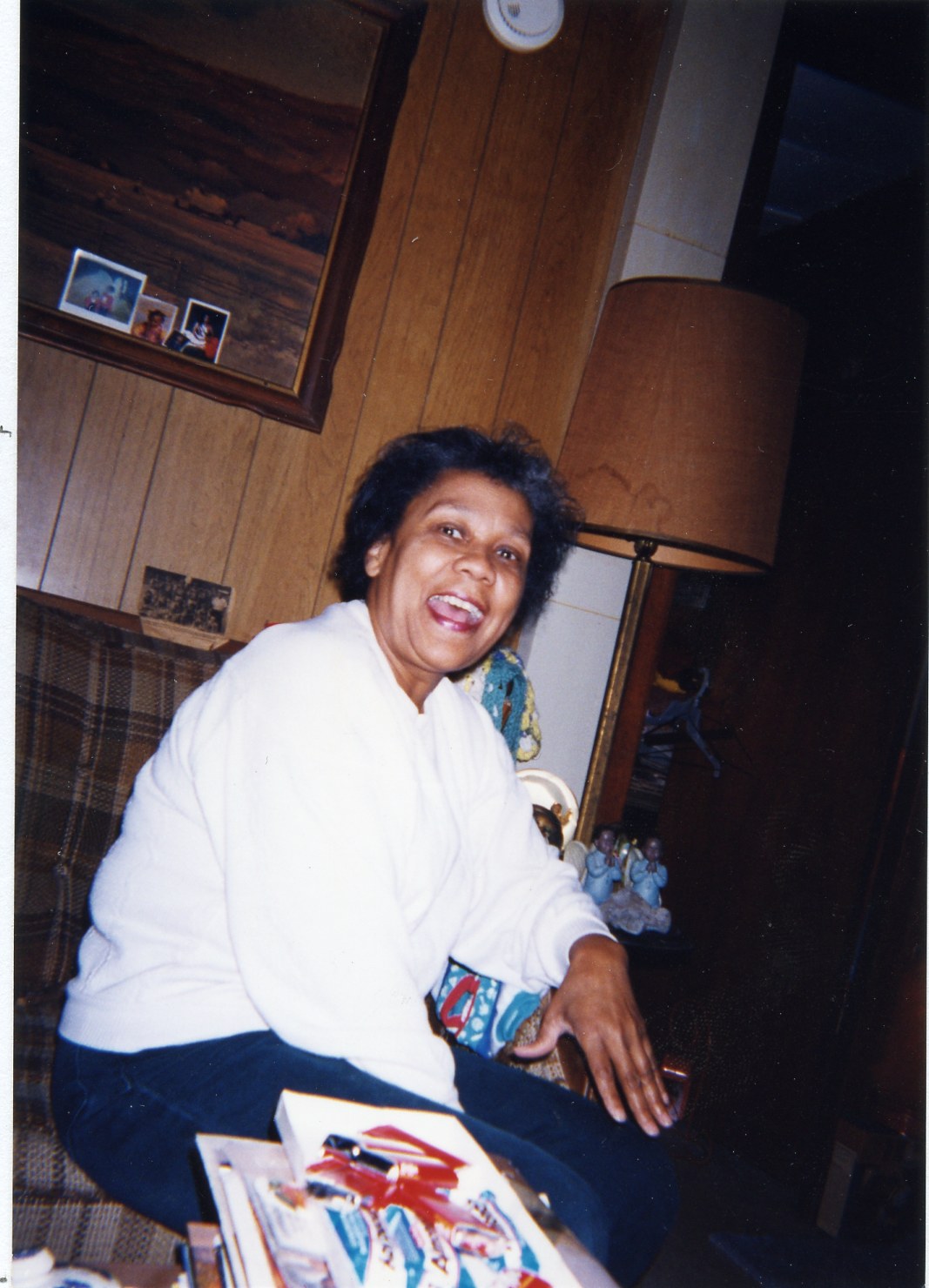 Hattie: It was just a big loving family at my house. We are still that way now, even though we have two dead. I have five brothers and three sisters. One brother died at an early age. My sister was born dead. She died on Thanksgiving Day…well, she was born on Thanksgiving Day. She was a blue baby, so she didn’t make it.

If we were ever caught fighting, you were punished. So there was no fighting in our house unless you slipped under the table and popped someone. Then you had to get out real fast. Mom and dad wanted nothing but love in our house, and we had a good mom and dad. We went to Sunday school and we stayed until they were ready to come home. After church, Mama wouldn’t cook on Sunday because it was a no-no to cook on Sunday. Old people always said that you should rest on the Sabbath day, so nobody in my community cooked on the Sabbath day. The whole family would walk to a neighbor’s house to visit, and that is how you spent your Sunday afternoon: with the neighbors. We had night services, so we would either come back home and have a snack or wait until supper to eat. We would have supper after church when we got back home.

I was a little devil. My oldest sister was always saying that I was always beating her up and doing things to her. I guess that is what all big sisters do to little sisters. Sadie was always saying that instead of us going out and playing, I was out to fight her but I really wasn’t. I loved my sister and from a big family was just great.

You could go to my school at five years old. They took ‘em from five to twelve I think it was. I started school at five because I was at the right age to go to Ivy Hill colored school, a little black school. It was a one-room school and we had this big wood heater and it heated up the whole school. For a long time we didn’t have any inside bathrooms. We had to go outside. I remember when I was in the first grade, they told me that this guy came in and told the teacher that my brother had fallen down in the outside toilets. I thgouth for real he had fallen in, but what it was, he was just playin’ a joke on the teacher. I just knew or real that my brother was gone for good, because in my mind, a little child’s mind, I thought he had fallen down in there. I was afraid that I wouldn’t get to see him no more and I just cried and cried and cried because I thought that my brother was gone.

There were only two girls in my class: Andrea and me. We were always competing against each other to see which one was the smartest. The teacher may have thought that Andrea was a little smarter because she was a teacher’s pet, but I think that we were equal because we got pretty near the same grades all the time. I cannot remember the overall count at Ivy Hill colored school. There were older bad boys that picked on you. And if you were a crybaby—which I was—I got picked on every day. If I had money in my pocket, it got taken away. If I had a sack lunch, it was taken away. If anybody did anything to me, I was a crybaby. I couldn’t stand smarty-mouth boys picking at me.

When you completed the eighth grade, you went to Stephens County or Habersham County to graduate high school. I graduated from Habersham at Cornelia Regional. We would get up at five o’clock in the mornin’ and be ready to leave Clayton at six. We would go to Tallulah Falls and catch the bus, and from Tallulah Falls to Cornelia, we’d ride the bus. We did that every day for five days, and my dad would take us down every morning at six o’clock and then he’d come back and go to work. Then, when he got off work at 5:30, he’d come back and pick us up at six. We didn’t get home until 6:30. In the wintertime it was dark, so we really didn’t get to do nothing until we got home. I mean, all you did was rode and sleep and you were wore out by the time you got to school, and you was wore out by the time you got home. 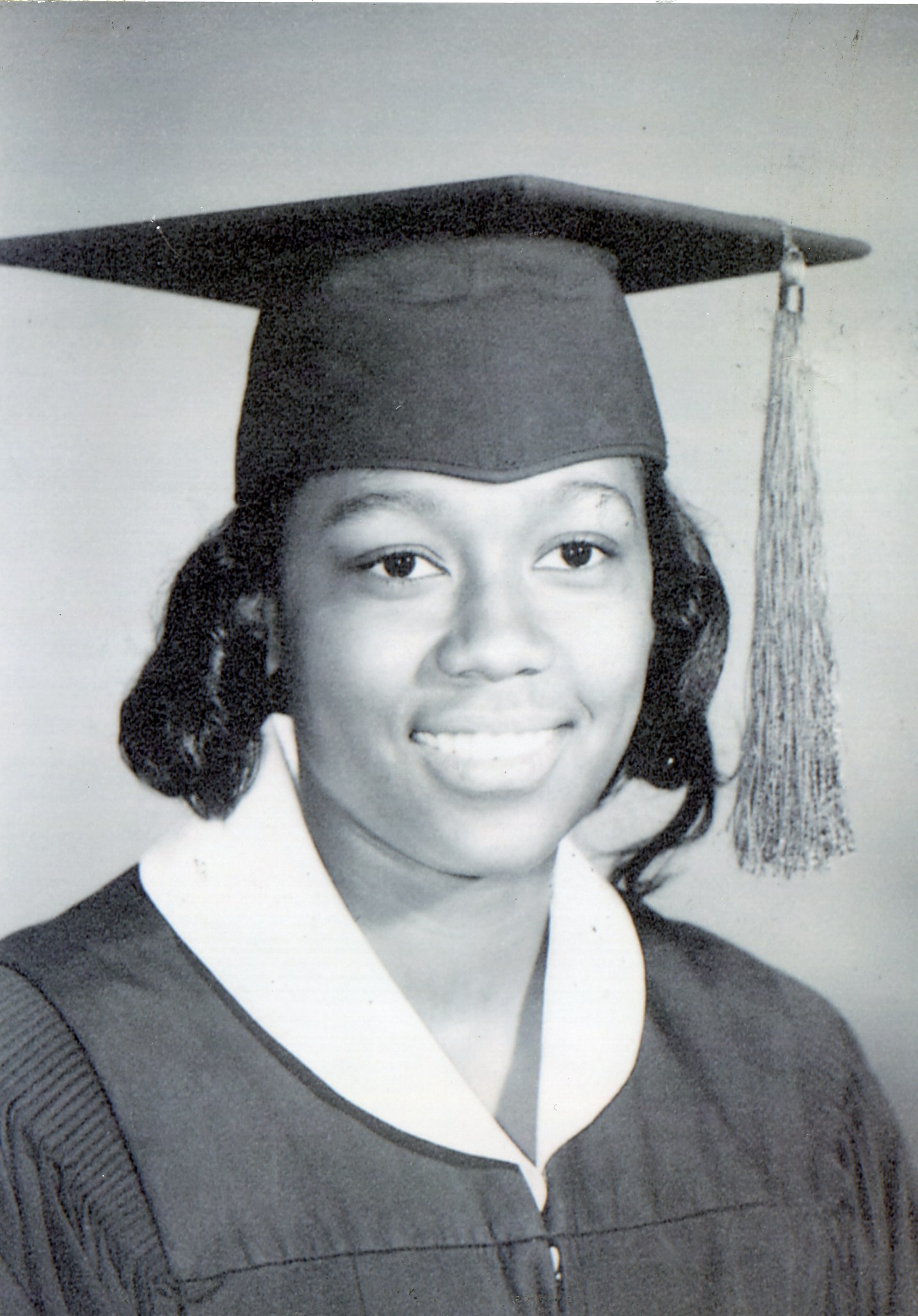 To get a job in Rabun County was very hard for a black person. They just wasn’t hiring. I can remember my mom stayed at home. She went to put an application in but she never got it. I can remember how sad I was because the sun was so hot and she had walked to town to put in this application. My dad was very lucky he got a job on a farm with Harley Penland. He got to milk the cow twice a day, so there was always milk and butter at my house. I know all the older people had jobs. I knew one man who worked for Georgia Power and most ladies back in those days did house work. Lillian Smith hired most black folks to clean their camp—it was an all-girls’ camp. Even Harley Penland worked there; he drove the trailer for Miss Lilly. My husband was lucky; he didn’t have a trade, so he decided after our first little baby was born, he would go to the trade school and take up brick masonry. Now, he is real busy and I work six days a week. I realize now I’m getting too old to work that much. 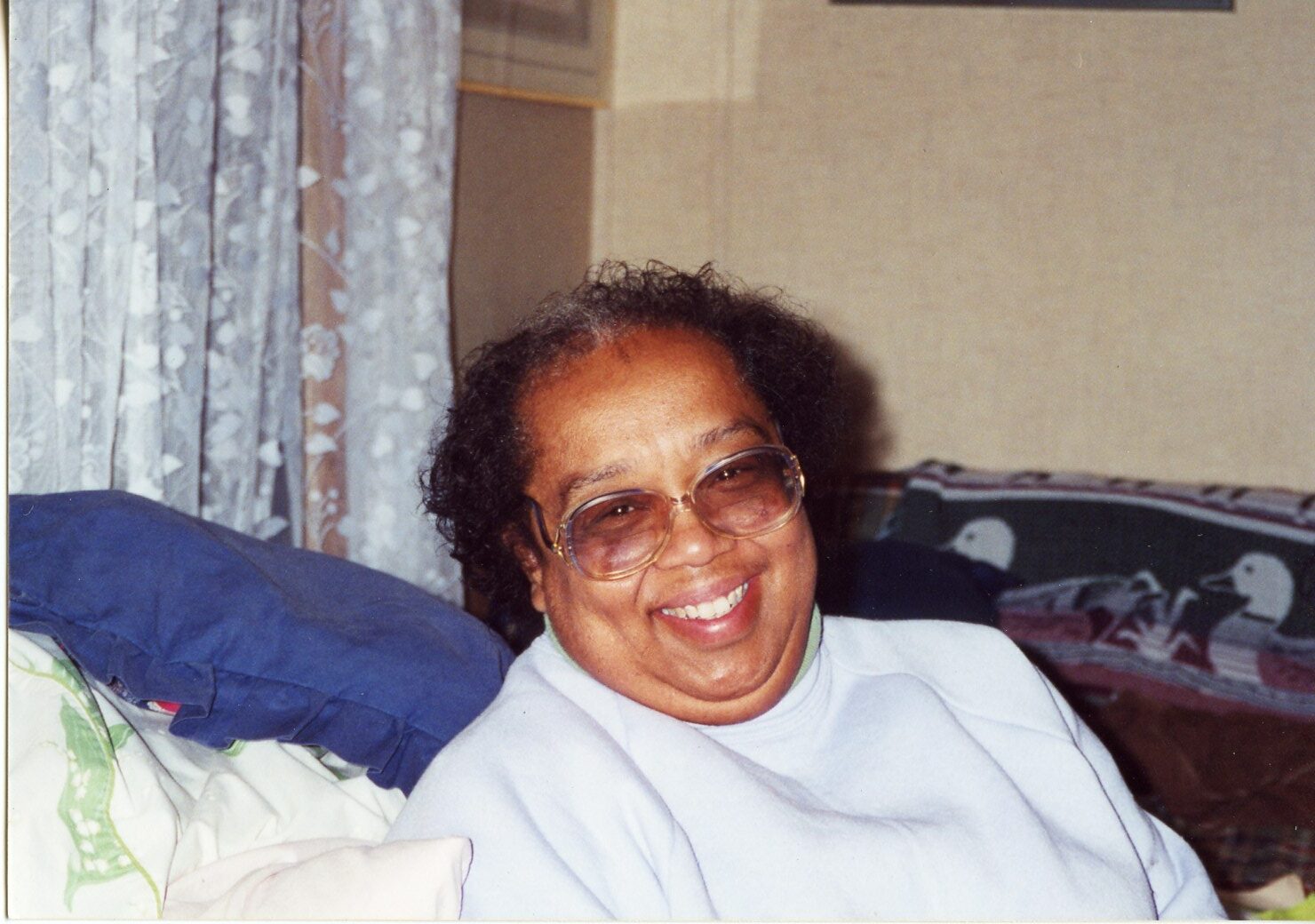 Sadie: I had a happy childhood. I was one of nine children. I have five brothers and three sisters, and we just all had a good time. I had four brothers, but one of ‘em’s dead. He and I were best friends. I got four livin’ brothers and I have three sisters. I grew up with a lovin’ mother and father. In fact, my father taught me how to read and write before I ever started to school. I just had a real happy childhood.

I went to school at Ivy Hill Elementary School, a little black school. When I was growin’ up, if you were black, after you completed the eighth grade, you went to Stephens County or Habersham County to graduate from high school. I graduated from Cornelia Regional. My dad would take us down every morning at six o’clock and then he’d go to work. We’d ride the bus and we did that every day for five days. When my dad took us, he didn’t only take us; he took the community kids who also went to school. He took us all. He not only saw that we got an education; he saw that the kids in the community got an education too. He had a big heart.

Now it’s fixed where both blacks and whites go to school here together. I think that’s great. I just see how we struggled to get an education, how we got up at five o’clock in the morning to get dressed and get an education. You see kids these days and times—they are right near the school, but they won’t go. 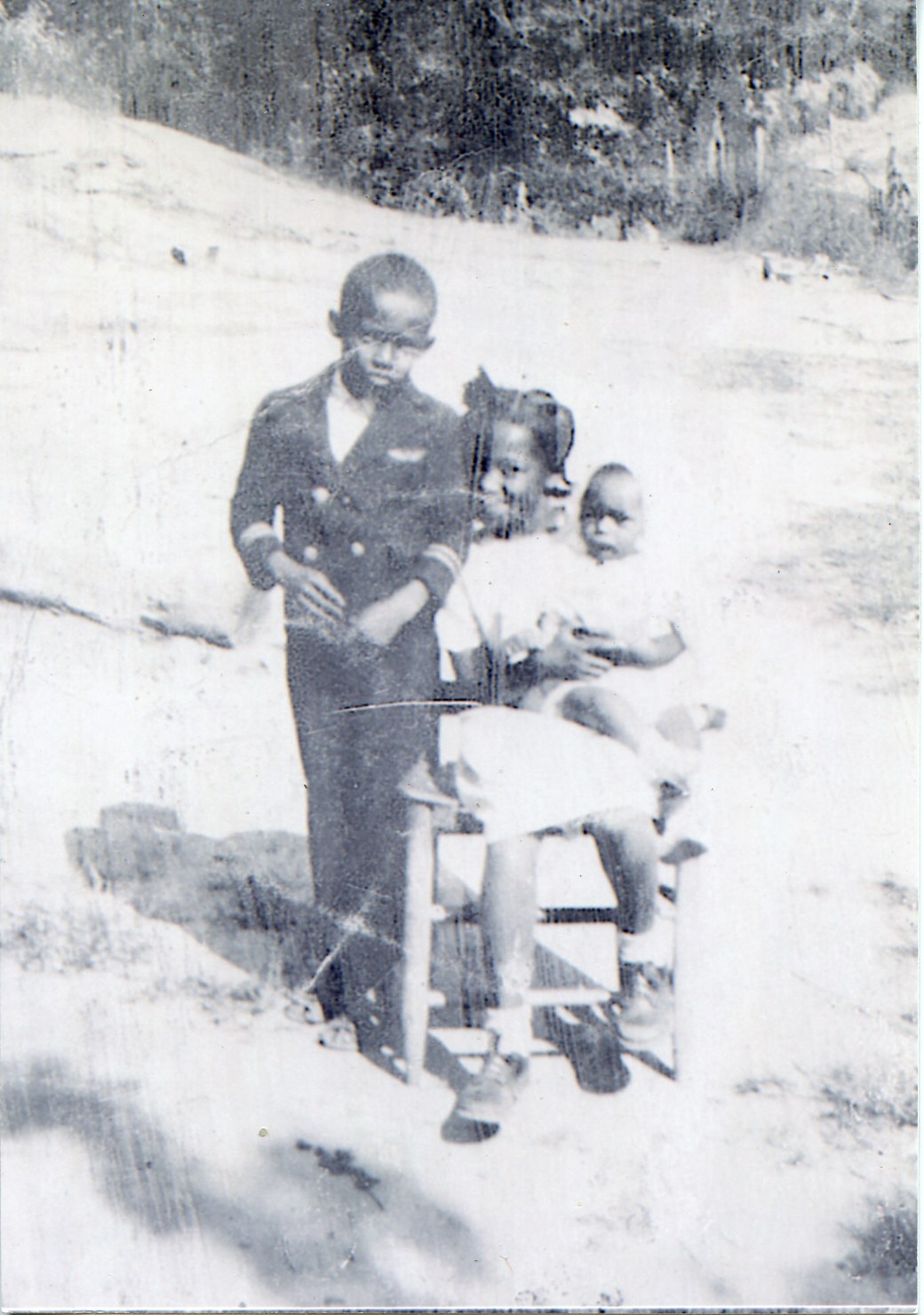 Sadie as a child.

When I got older and started to work, I got into babysitting. By the time I think I’ve gotten rid of kids, I find some more. I have also cleaned houses and worked at the nursin’ home. I used to work at the nursin’ home at night, and I’d clean houses in the daytime.

The changes in our county have been really great. We can go into restaurants now; we couldn’t go into restaurants then. We can go into schools now. To me, people wasn’t as friendly then as they are now. Everybody seems like they get along now. It is very seldom that you get into it with anybody. Back in those days, you couldn’t say nothin’ to nobody. Everybody, the blacks and whites, get along with each other. It has changed a lot. We’re treated like somebody now and I’m glad.