Modeled after a church in Waynesville, NC, Foxfire’s chapel was designed and built by Foxfire students.

By any metric, the Foxfire program is one of the most successful examples of a student-led learning initiative anywhere at any time in history. No one, not the students themselves nor the teachers instructing them nor the administrators at Rabun Gap-Nacoochee School, where the program began, ever dreamed that Foxfire would have such reach and influence over the national landscape, much less the world.

To quote Morris Brown, former principal at Rabun Gap, “I had no idea that Foxfire would grow to what it has. I thought it would be a local project that would last for two or three years, at the most get a little statewide publicity, but to dare dream of what did happen, of course I never dreamed that.”

Certainly, this community we call home never dreamed it, which makes Foxfire more remarkable still. The part that gives me chills everyday is that this program begins and ends with young people taking the initiative to explore their community and then courageously putting their discoveries out into the world. Those discoveries – the voices and experiences of over 2,000 individuals from this rural, isolated region – have traveled the world via some 9,000,000 copies of the Foxfire Bookseries over nearly five decades.

Anyone who has ever been a part of this program in any capacity should be proud of that. It’s truly amazing. 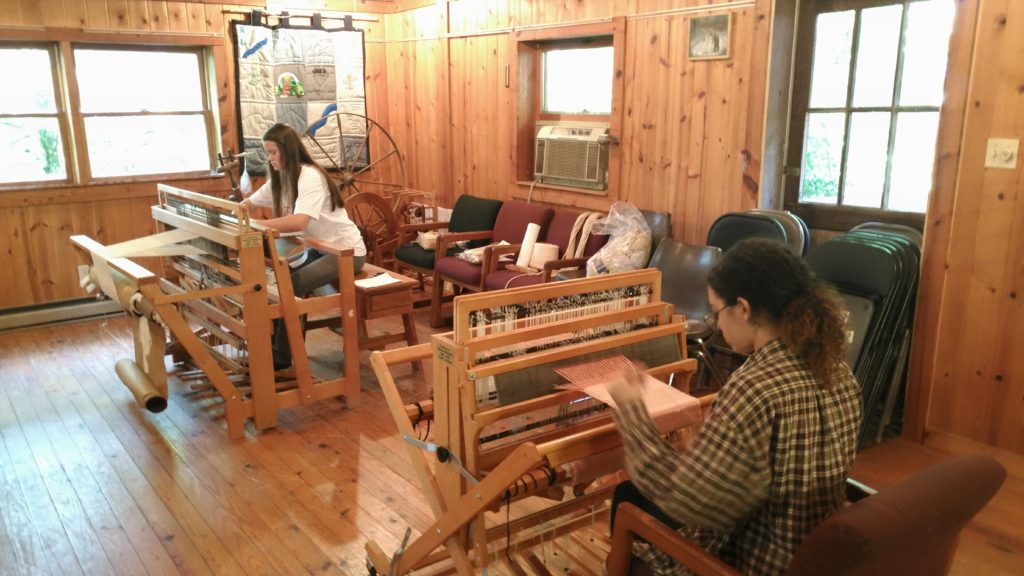 However, it’s not forever, which is a reality that Foxfire may have to face sooner than later. For most folks, I imagine it’s hard to fathom that Foxfire may be facing financial strains, especially considering Foxfire’s seemingly endless supply of intellectual property out in the market. We’ve got, what, twelve books in the main book series, another twelve companion books, another dozen eBooks, and more books on the way? Not to mention grants and endowments, right?

Well … sort of. The truth is, after fifty-plus years as a charitable nonprofit, the money has come and gone in quantities I find hard to think about without my heart dropping to my stomach. First, there was the royalty money Foxfire students elected to use to buy the land where our museum now sits. Then, the students wanted to grow the museum, relocate buildings, acquire new artifacts. The students also used money to support local artists and helped local families keep roofs over their heads. Then, there was the hiring of numerous educators to facilitate classes on everything from music to environmental science. Then there was a network of teachers and school systems around the globe supported by Foxfire as a means of spreading the gospel of student-led, experiential learning. On it went, until most of the money ran out.  These were all great endeavors, but they all required money.

Over the years, as technology has evolved (faster than most of can keep up with), as the ways we teach students in our schools have changed, as the economy has risen, then fallen, then dropped to the depths, then risen again, and as our little community here has grown and morphed into something many long-time Rabun County families don’t even recognize anymore, Foxfire has taken its licks and, right now, those licks are starting to take their toll.

Currently, our endowment sits precariously close to a line where our year-to-year sustainability ends and our internal discussions about how to scale back begin. I want to emphasize this point: this situation is not in any way due to poor management by the staff or the board or any sort of malfeasance by anyone affiliated with the organization over the years. More or less, it’s a sign of the times and a sign that many, folks in this community included, may have just taken for granted that Foxfire would always be here or, in many cases, forgot it even exists.

In the last five years or so, there have been efforts to (re)raise Foxfire’s visibility. My predecessor, Ann Moore, worked diligently to get Foxfire in front of potential visitors, readers, donors and the like. When I arrived in 2017, I started working towards the same goals. Foxfire has recently been featured in major publications, such as Southern Living, Garden and Gun, and Bon Appetite.We’ve been interviewed by NPR(on three separate occasions) and on national podcasts. We’ve increased programming, we’ve increased the ways in which we reach audiences (web blog, podcast, online videos, social media), and we’ve made a concerted effort to increase our contributions to this local community, including creating a paid summer fellowship for local students to add to our existing college scholarship program. 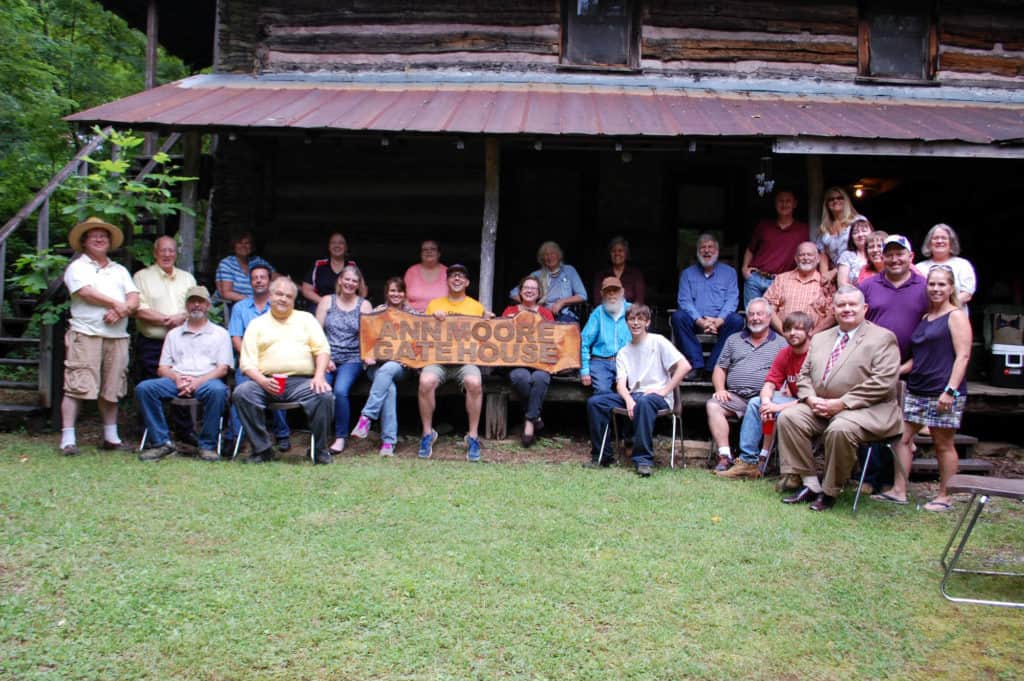 “Family Photo” of alumni at the 2017 Homecoming.

And we’re still working; not to just save Foxfire, but to find ways in which we can give more back to the community. We want to be financially sustainable by the work of our own hands. We want to support our current programs and add more. We want to create jobs for folks. We want to help our children grow and learn and have opportunities that help guide them to happy and productive futures (ideally, futures right here in Rabun County). We’re currently seeking funders to help us purchase the space we need to both meet our financial goals (increase visitation and sales) and provide us with the financial resources to give back to our community here.

There are new folks moving into this region every day, some of whom live in some of the most sought-after real estate anywhere. We’re not too proud to ask that if you have the means and you are looking for a way to invest in Southern Appalachia – in the future of its young people, in the well-being of some of its most at-risk populations, in the pride of this amazing space – please consider Foxfire.

For those who have been here your whole lives, who may have played a part in this incredible experiment that has changed the world’s perspectives on Appalachian people and places, we invite you to come on home – come visit. We can use your help once again – in any way that you’d like to help, we welcome it.

It’s going to take all of us to preserve this endeavor – that is, if saving Foxfire is what this community wants.