In October of 2016, the University of Georgia honored The Foxfire Magazine Program by celebrating our 50th anniversary. The staff at the university created an outstanding display that was dedicated to the history of Foxfire, at the Richard B. Russell Library. As we arrived, we were honored at a seminar-discussion that was about the 50th anniversary.  College students from all over the campus came and asked, discussed, and listened to experts in cultural journalism and our very own Katie Lunsford, who is a previous student-writer for The Foxfire Magazine. Writers, students, and people alike were there to honor how far the magazine has come and remember what the magazine is about. 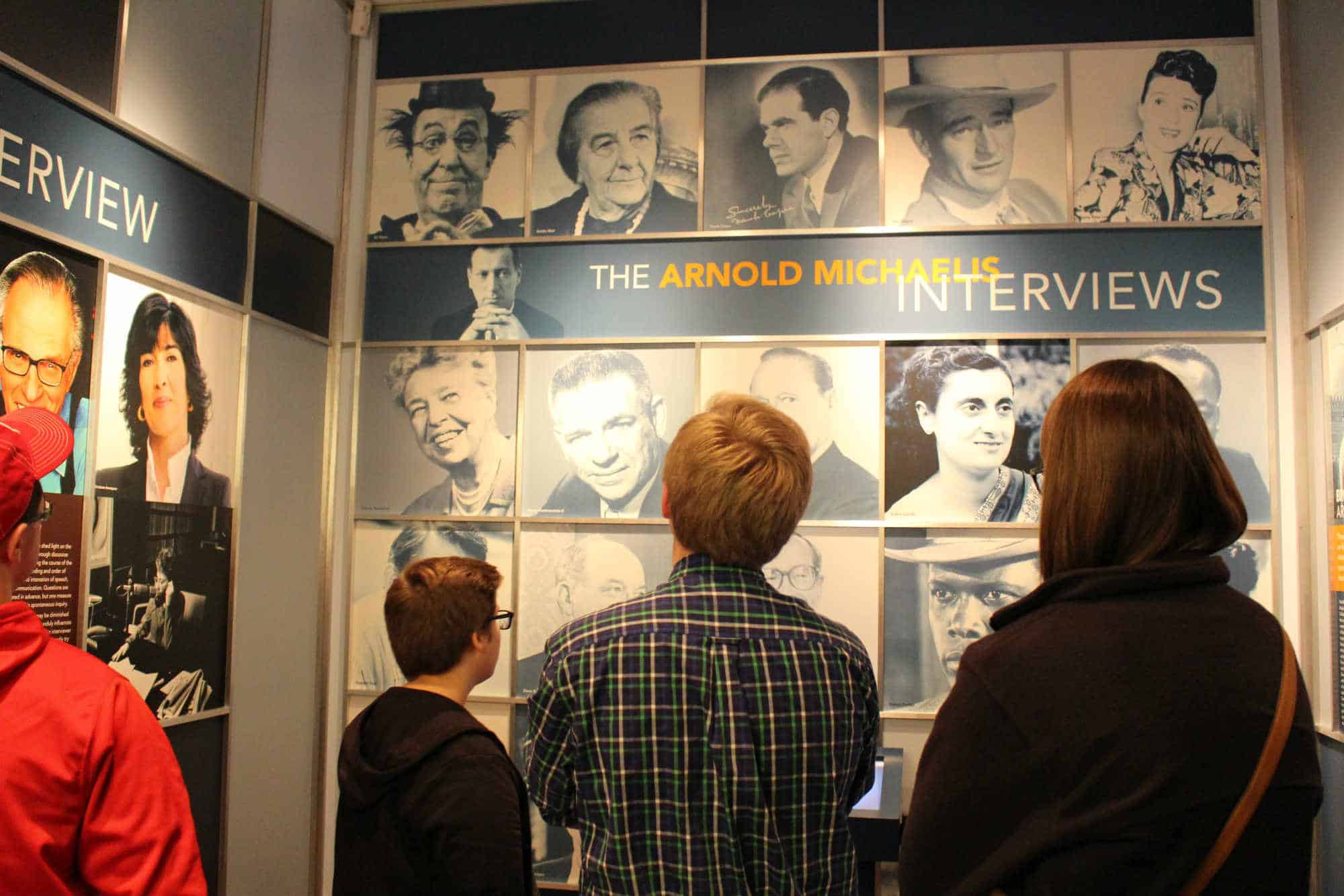 After the seminar, we had lunch then a tour of the Peabody Award display. The staff showed their kindness to us by telling us how much they appreciate The Foxfire Magazine Program and by giving us a tour of the Peabody Award display and the High Density Vault at the Richard B. Russell Library. After the tour of these two displays, we headed over to The Red & Black, which is a student-written magazine for University of Georgia. The Red & Black is similar to our own magazine, but it focuses on local and national current events. The student writers of this magazine were interested in what we want to be when we graduate high school and what we like about writing. Almost all of us had something to say about writing. 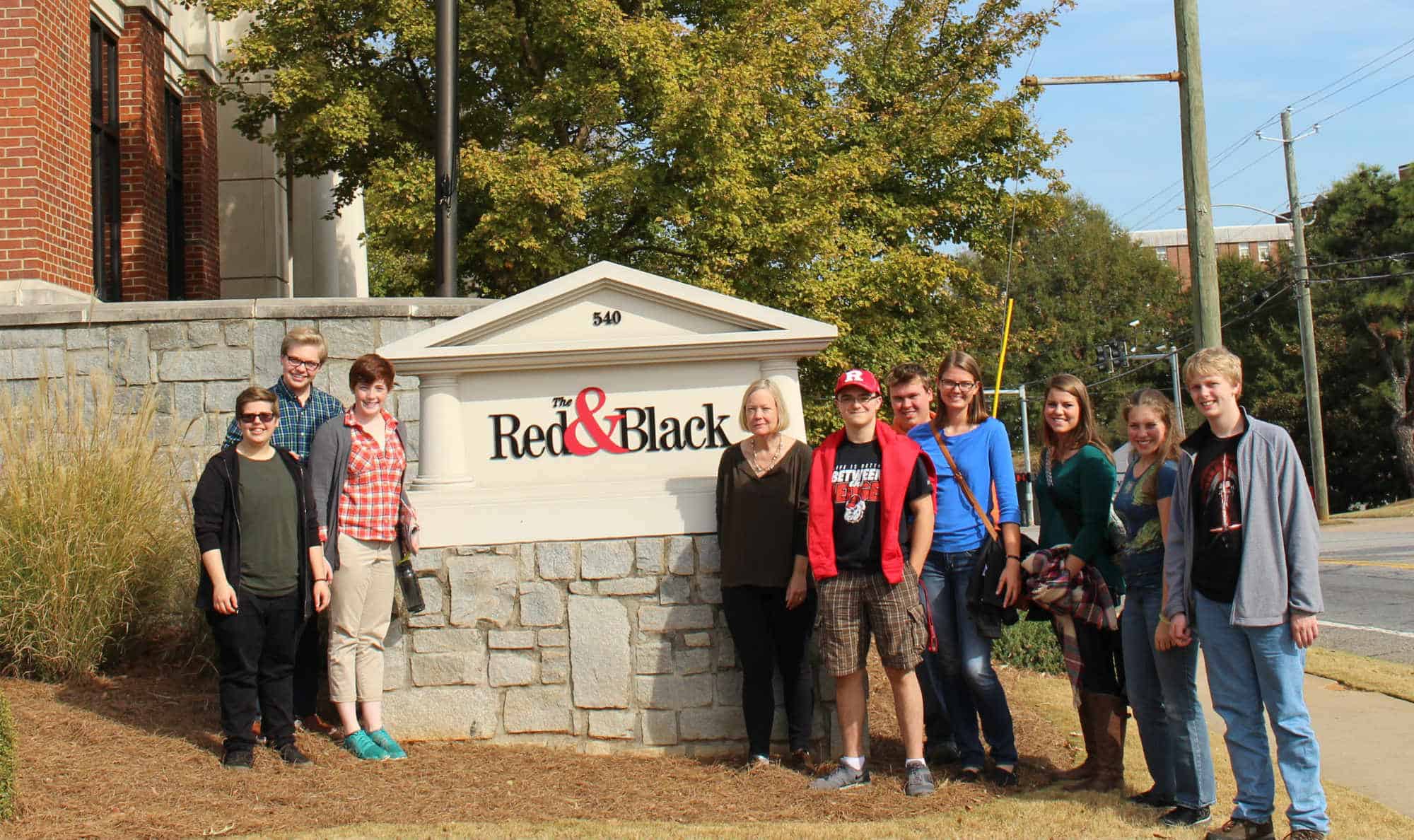 As part of their day, the Foxfire students got a chance to tour and meet the staff at The Red & Black, UGA’s student-run newspaper.

After taking a few pictures with the head editor of The Red & Black, we walked over to the Grady College of Journalism to check out the Grady Newsource. The students at the Grady College invited us in to learn what a real life news station was like and let us sit in on a live broadcasting. After each live broadcast, the students like to have a commentary of their broadcast, so they wanted to hear our input on what we thought of the broadcast. We all enjoyed the commentary because it opened up new doors for ourselves as writers. After the visit to Grady College, we headed home with free pizza. We all had a fantastic day at the University of Georgia, and we would like to thank everyone that helped us celebrate our 50th anniversary at the university.

~ Sara Michelson
Sara has been in Foxfire for three years now and notes that she’s enjoyed every minute of it. She is a junior at Rabun County High School and is a leader in the Foxfire program. After graduating high school, she plans on continuing her studies in cultural journalism.