School’s out, the days are getting warmer, and the coming weeks on the The Land are gearing up to be very productive. A large part of our summer goals revolve around enhancements to the museum, improving the interpretation of our collections. Much of this work is connected to our National Endowments for the Humanities Challenge Grant, but most of it is tied to a general need to improve the museum. To that end, we began in January to actively seek graduate-level interns matriculating in relevant fields of study. The first of these interns arrived on Monday.

Eleanor (Ellen) Boggs is a graduate student in public history at the Virginia Polytechnic Institute and State University (aka, Virginia Tech). She has just wrapped her first year of graduate study and comes to us highly recommended by her professors at VT. Originally form nearby Easley, SC, Ellen was raised mainly in Yorktown, VA, surrounded by the history of that tremendous place. Though, it was as a child in Easly that her parents first brought her to Foxfire. Additionally, her family keeps a mountain house right here in Rabun County in nearby Clayton, so she’s got familiar digs for the next six weeks that she will be working with us. 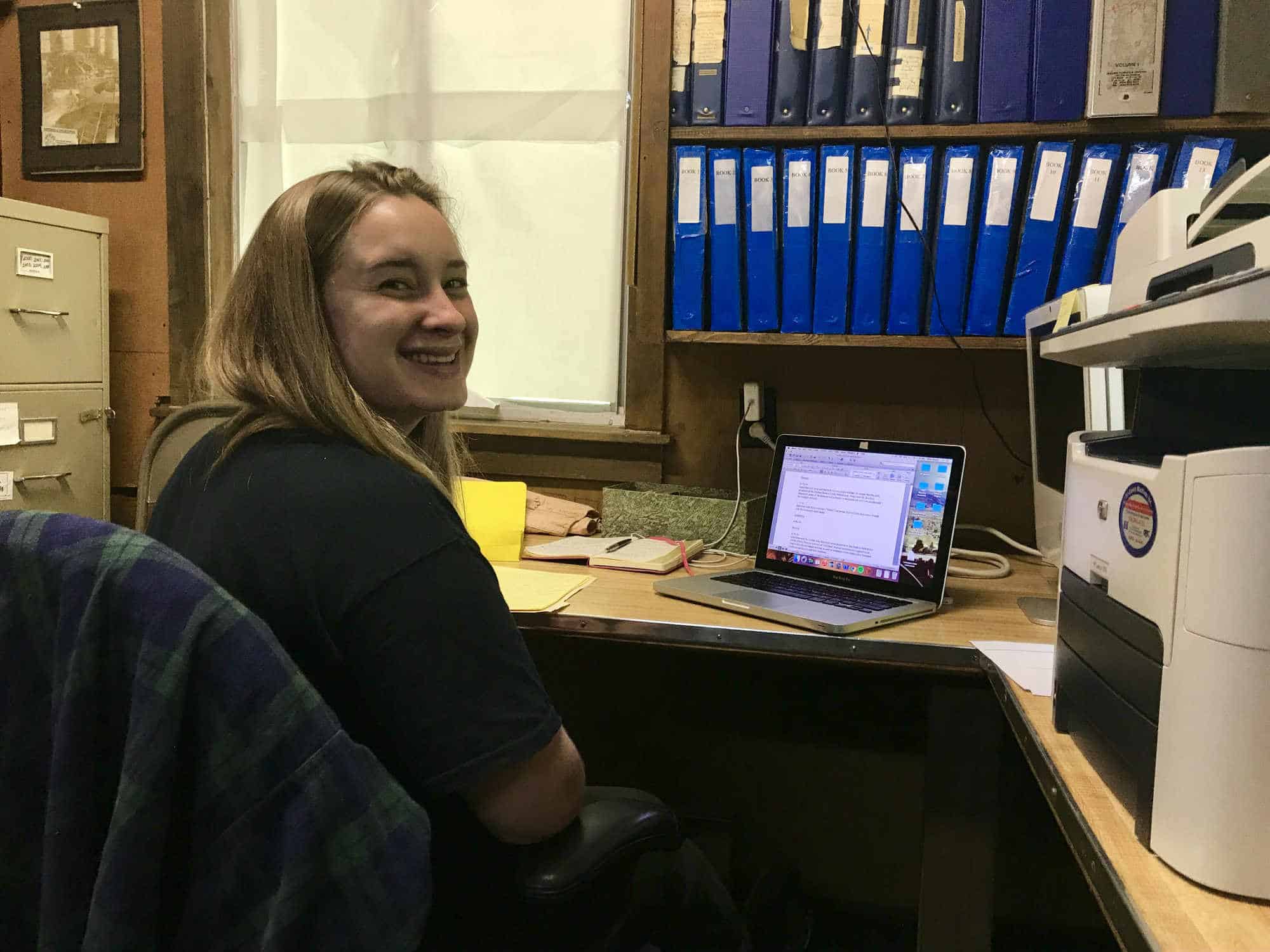 Our first summer intern, Ellen Boggs, already hard at work in the archives.

Ellen’s resume instantly got our attention with solid museum experience at the Montgomery Museum and Lewis Miller Regional Art Center and the Yorktown Victory Center. Additionally, she has worked as a research assistant at VT’s history department and served as an undergraduate editor for the Virginia Tech Undergraduate Historical Review. She received her Bachelor of Arts in History with a minor in Appalachian Studies from VT in 2015.

In this first week, Ellen’s work has been focused on researching information on Foxfire’s oldest structure, the 1820’s-era Savannah Cabin, which was relocated from the nearby Savannah Community in North Carolina. As part of her internship, Ellen is also allowed time to delve into the archives for her own research interests, which center around folk medicine, herbalism, and folk healing.

We’re looking forward to good work from Ellen in the coming weeks and are happy to have her with us.