“Love of the Mountains” – Foxfire and Doug Adams

With the recent passing of Foxfire magazine contact Doug Adams (Spring/Summer 2018), we asked his daughter and former Foxfire student Allison Adams to share some reflections on his life and legacy.

If he couldn’t be standing in a trout stream, my dad’s favorite place to be was wherever the Foxfire Boys were playing.

My typically taciturn father would let out an ear-splitting whoop at the opening licks of “Fox on the Run.” He would sing along off-key, loudly. He would stomp a foot and slap a knee and nod his head from side to side in time with the music.

But long before any of those boys entered Foxfire’s music classroom at Rabun County High in the early 1980s, the organization was a touchstone in our family’s life. I remember visiting the Land in Mountain City in the mid-1970s with my Brownie Scout troop, with Paul Gillespie as our tour guide. Foxfire was at the heart of our family’s understanding of what was extraordinary about Rabun County, the home Dad and Mom chose for us years before my brother and I were born. There was no question that we would be a part of it.

Brooks and I enthusiastically participated in the magazine and book program, in the music program, in the video and audio program. We had summer jobs on the Land and college scholarships from Foxfire. And most important to Dad, we made memories and friendships that would define us for the rest of our lives. 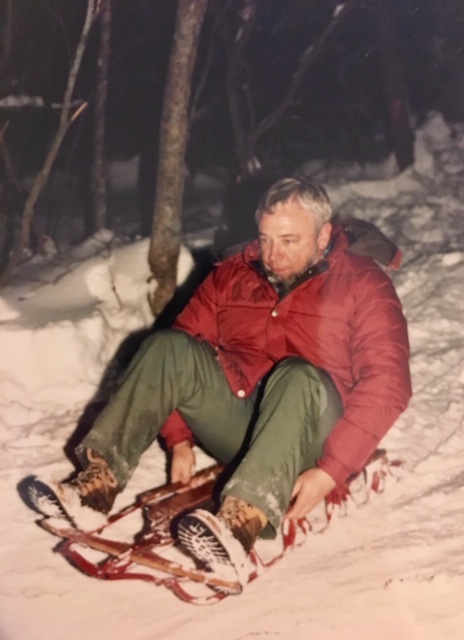 Doug Adams sledding down a mountainside.

Dad knew what Foxfire had given to his family, so he gave back to Foxfire by serving six years on the organization’s community board. And eventually, Foxfire students turned to him as a contact. It was about a year before his death that the spring/summer 2018 issue of Foxfire Magazine published a long interview with him, tapping into his profound and legendary knowledge of trout and coldwater resources conservation in this region. Our family is immensely grateful for this record of his wisdom and voice. 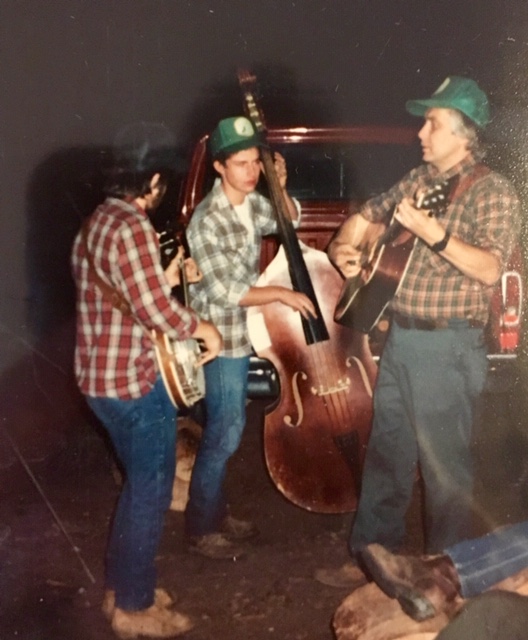 But it was the Foxfire Boys that lit him up like a Coleman lantern — their masterful picking and sublime harmonies. Dad had known Tom, Dean, Mike, Steve, Wayne, and Filmer most of their lives. Their music teacher, original Foxfire music program director George Reynolds —shaped them into a tight, talented bluegrass band that went on to perform at the Grand Old Opry and on two Olympic stages. George and Dad became good buddies, and he and the entire band joined Dad many times over the decades camping and fishing in the Blue Ridge and Rocky Mountains. For my father, their music was inseparable from campfires by a river deep in the mountains, after a supper of grilled fresh trout.

That is how I will always remember him: sitting next to that campfire, utterly content. The Foxfire Boys are playing one of his favorites, from a playlist we found in his files after he was gone, titled “Music To Be Played When My End is Near.”

The song is “Love of the Mountains.” 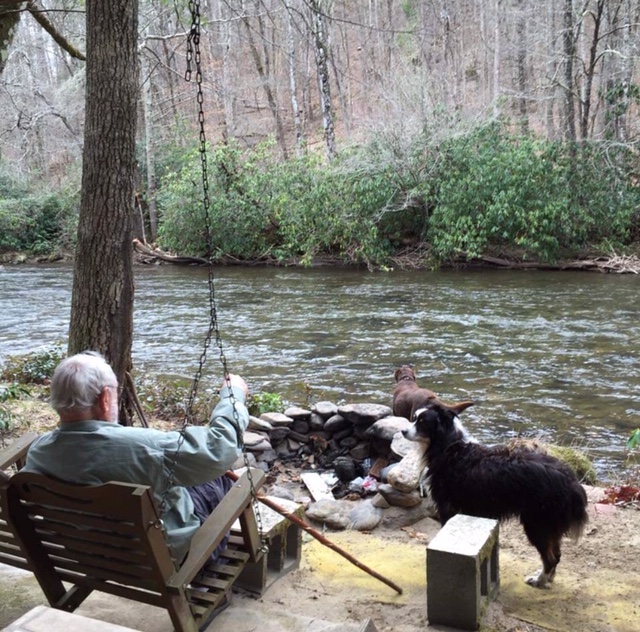 Doug Adams by a campfire with his dogs.