It Still Lives, The SEED Series: Hooked on Fishin’

From Cherokee traditions to the early Appalachians to modern-day anglers, fishing has long been a part of Southern tradition. Though the practice has changed over time, fishing remains an important activity for building memories and community. Whether it’s a revered family tradition or something you’re learning because of your own curiosity, fishing provides a sense of self-sufficiency and peace . Listen along as we explore the inspiration, goals, and plans for Colton, Sam, and Kirsten’s SEED project and find out why they’ve got us all Hooked On Fishin’. 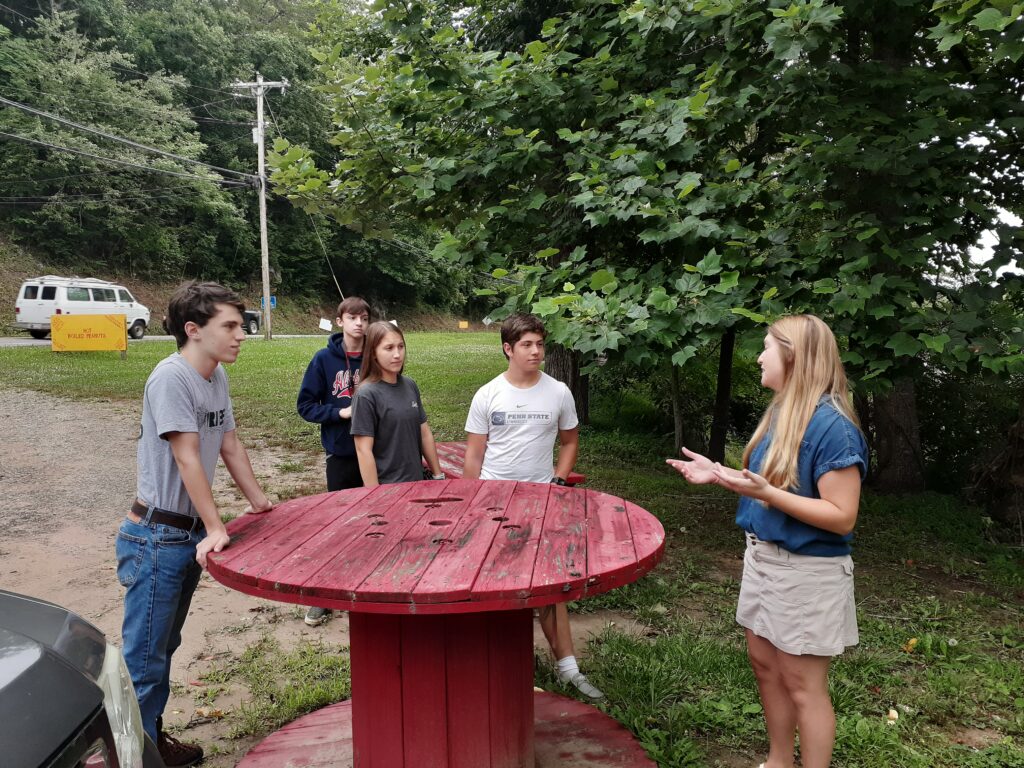 Before European colonization, indigenous peoples such as the Cherokee settled throughout the mountains of Southern Appalachia. They were well-versed in the skills needed to survive in the mountains, and they devised effective methods of harvesting fish. For example, the creation of weirs (stone terraces used to change the river’s elevation and direct fish into the areas where the Cherokee fishermen wanted to catch them) not only proved to be an effective alternative to baiting the waters but also aerated the waters, thereby encouraging insects (the natural prey of native species like brook trout) to come to the area. However, not all fishing methods utilized by the Cherokee people were environmentally positive. They also practiced poisoning the water with natural compounds such as pounded walnut, buckeye, and goat’s rue. These resources contained the toxins aesculin and rotenone — toxins commonly found in modern-day fish poisons. By affecting only the nervous systems of the fish, these toxins were not harmful to those who ingested them indirectly. Fishermen would create large nets to stretch across the bottoms of the weirs, so the stunned fish would flow with the river right into their hands.

As Europeans began to colonize the area, their methods began to meld with traditional Cherokee methods. While one Native American method included the use of strung horsehair as fishing line, feathers for flies, and hooks made of bone, most early European-American methods included the use of hardwood rods and manufactured string and hooks. However, by the late 19th century, both groups shared so much methodology that the roots of many tactics were indiscernible. The European descendants learned the Cherokee lunar cycles, weather patterns, and seasonal fishing methods while the tribesmen learned how to manipulate and improve upon the new European technologies, such as the fly rod and reel. It is worthy of note that many Appalachian (or “mountaineer” methods) differed from those of European-Americans in other regions. While other regions had moved primarily to the use of European-imported technology, mountaineers were using flexible sapling rods, simple string, and safety pin hooks.

Of course, everything was not always peaceful in the sharing of culture and practices. Once the Second Industrial Revolution had taken over the U.S., and massive amounts of land speculation (the buying of large plots of real estate with hopes that their value will greatly increase over time or for the purpose of harvesting trees) began in Appalachia. This industrialization decreased both soil and water quality, so Appalachian Americans became very upset. Those who relied on the land for their food source were outraged as fish species began to leave the area in favor of cleaner waters. This led to the passage of the Weeks Act of 1911, an act that allowed the federal government to purchase timberlands near waterways for the purpose of protecting the flow of rivers, the quality of waters, and the fish within.