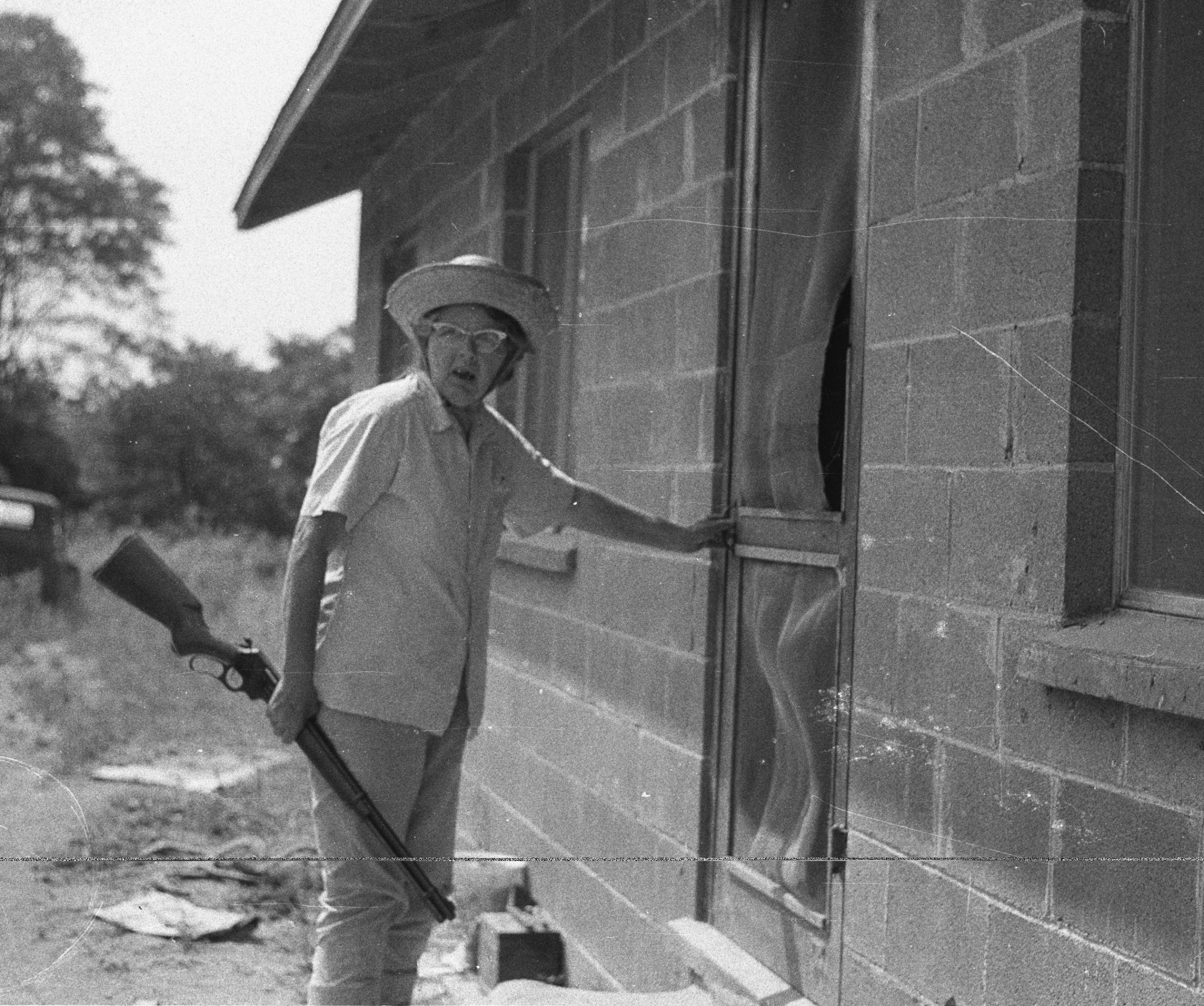 The holiday season is upon us! During the month of December, hosts Kami Ahrens and TJ Smith introduce you to a unique Appalachian Christmas tradition: serenading. Unlike the idyllic images of carolers singing in the snow beneath a streetlamp, serenading in the mountains had a much different meaning. On Christmas Eve, groups of teenagers and adults would sneak up to homes and make a racket – sometimes even using firearms! Listen to accounts from Lawton Brooks, Ernest Watts, Burma Patterson, and Mary Carpenter about their experiences serenading.

Want to learn more? Pick up a copy of A Foxfire Christmas! 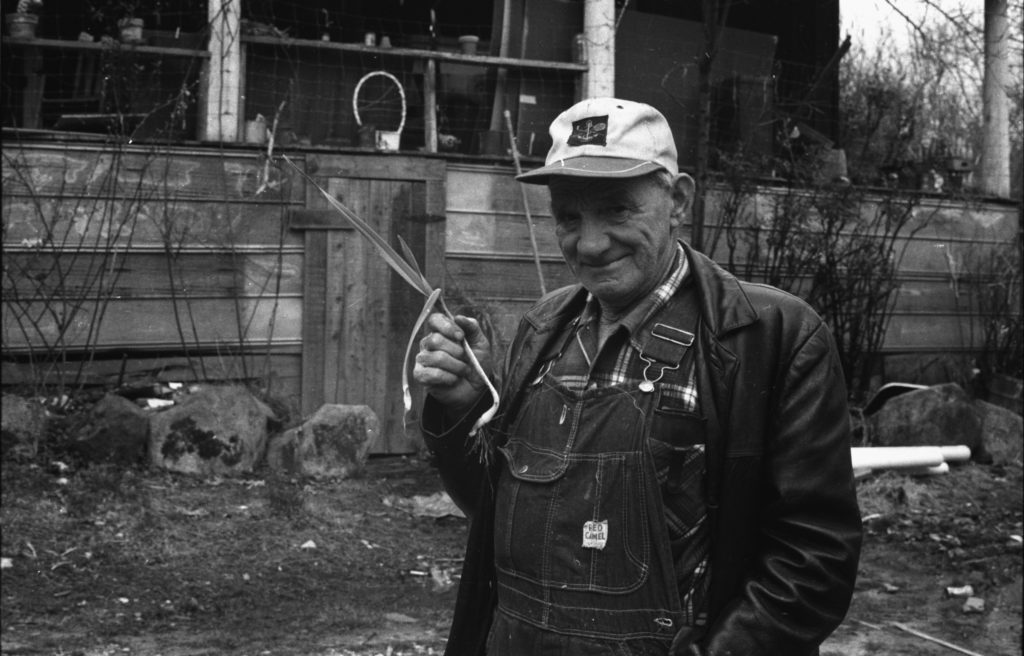 LB: Oh, well back then there wasn’t much Christmas, there wasn’t too much Christmas, too much because there wasn’t nothin’ for you to have. We didn’t know what a firecracker was. Never hear tell of a durn firecracker. All the noise we made for Christmas and serenadin’ people and hootin’, we done it with a shotgun. We’d get shotgun shells, fifty cents a box. And we’d get out there and shoot them things, serenadin’ people. Them barrels would get so hot we’d have to set ‘em down and wait a while and then start again.

FF: What was the purpose of serenading?

LB: That’s just a habit of goin’ around doin’ that on Christmas Time.

LB: Yeah. They’d always take us in and feed us—everybody looking for a lunch any way. They figured…

FF: So you just did it to get something to eat?

LB: Yeah and they’d take us in and have something for us to eat and sometimes give us a Christmas present or somethin’ or another. We’d go on to another. We’d have to go all night nearly.

FF: What is serenading?

LB: Just gettin’ out and going around—slip up to the house and they don’t know nothing about it and you just come up shooting, ringing bells, and things. Just going around the house making the durndest noise you ever seen. If you was in the bed, you just as well get up. You sure to God can’t sleep! You’d just have to get up and ask ‘em in.

FF: Did you ever get in trouble for that?

LB: No, no. And we played Christmas tricks on people now.

LB: People them days, they’d always go to their barn about their milking, one thing or another. Well, you’d seem ‘em a goin’ with a little bucket of water and a milk bucket in their hand, so if the cows laid down or anything, why they’d wash the udder off good, you know, and then they’d sit down and milk. We’d go before they’d do that, that night, we’d go while they was asleep. And we’d take the horse out of one stall, put the horse in the cow’s stall, and put the cow in the horse’s stall. And they’d go in there and we’d watch ‘em. They’d go and get a big laugh out of it, you know. They’d go to milk and they’d go and open up the door and there’d stand the old horse in there. Boy, they’d get mad! They’d throw their bucket down on the ground. Mad enough to kill somebody, they didn’t know who done it though. But we got a lot, a kick out of that, us kids did. But we’d do all kinds of tricks like that.

FF: Do you remember any other kind of tricks you used to do?

LB: All kinds of mean tricks we’d do to ‘em.

FF: So y’all just did this at Christmas?

LB: Yeah. Along at Christmas time, we always had a lot of fun.

FF: How many people used to go?

LB: Yeah, pretty good size, middle sized like these boys here. And the girls, they’d join us too and we’d all go. We all went. Make some kind of a noise, some way or another.

FF: Do you remember any funny experiences that happened when you were doing that?

LB: Well, I don’t know. I had a lot of fun. I had so much fun. But we didn’t have nothing then to have fun with. But we had to walk, sometimes we’d go for five or six miles. Take us half the night to get back after we got through serenading people.

LB: Oh just all the people that live around in the country. They just lived around. They wasn’t thick settled though, like they are here. There might be somebody live here and it might be a half a mile out there to the next house, or maybe a mile. But we’d go and just keep a’goin’ ‘til we gave ‘em all a good round of anywhere as close to we could get without being gone all night long. ‘Course, we’d never get in ‘til way along up in the morning.

FF: So you stayed out pretty late.

LB: Oh yeah, stayed out ‘til way late. Had to, to get to do anything to ‘em, for Christmas, you know.

FF: What’d your parents say about it? Staying out late, and messing around?

LB: They didn’t care. Everybody else done it. It was just a habit of everybody doin’ it. Just like it is here, going trick or treating, you know. It was just on that same basis—everybody done it. They’d just gather up, boys and girls, and they’d just take off. Do all kinds of mean tricks to people.

FF: So what else did you do?

LB: Move their stuff, hide some of their stuff. Hide their axes or somethin’ or another. Whatever they could find loose, layin’ out, they’d hide it. They wouldn’t put it where he couldn’t ever find it, but he’d maybe have to hunt for two or three days for it. Just be mean, that’s all.

FF: And you shot off guns?

LB: We shot off shotguns. The barrels would get so hot we couldn’t hold ‘em. We’d have to put ‘em down and rest awhile. Let ‘em cool off. Then we’d start in again, making noise.

We went serenading one time. We walked. There was snow on the ground. It was cold, pretty cold. So we went up by Liberty and we serenaded Mr. and Mrs. Jim Collenback, and it just like to tickled them to death, ‘cause nobody never come around. They were old, and us young people went in and talked with them, and they treated us. We went on up the road to Mr. Dave Crunkleton’s and went in there and serenaded them, then we went on up to Lester Brown’s and serenaded him. They always treated us. We had firecrackers and we’d shoot ‘em. Lots of times I’d start to light one, and if somebody’d already lit first, I’d throw mine anyhow. I didn’t want it to go off in my fingers. So we went on over to Mr. Isaac Brown’s. He was up in his, I guess ‘round 65 or 70 years old, about 65 years old I guess he was. And we asked him if he wanted to go with us and he said, ‘Yeah, I’ll go with you.’ He was a spry old man. He could just get about. So we went over to Mr. Jesse Carnes and serenaded him, and then turned and came back and serenaded ol’ man Mark Carnes, and then come by and serenaded ol’ man Blythe Carnes–one of the girls he used to go with. Then we’d come from there on back to Liberty Church and this happened to be the night that the–New Years’ Night–we was serenading on New Years night. We decided we’d ring the old year out and the new one in. So we got round and we sat around ‘til ‘bout midnight and then come twelve o’clock, and we rang the bell for about thirty minutes, and then took off–went home–everybody. [Q: Well you all were serenading, were you singing?] Naw, we were shooting firecrackers. We’d ring a bell–we had an old cowbell. Just made a racket, a big racket. We’d have firecrackers and shotguns. We hardly ever carry a shotgun, because we were afraid somebody’d get shot. We’d carry firecrackers. Two of ‘em would be lighting firecrackers at the same time. And when that one started pewing, I’d just throw mine. [Q: Why you reckon it got the name serenading?] We never sang when we were serenading. I don’t know how it got the name serenading. They sing carols now. But we didn’t back then. We didn’t sing that I remember of. We just holler and hoot, and shoot firecrackers. [Q: And then sometimes, did you play dirty tricks on people?] That was in Halloween, not Christmas. We never did play no dirty tricks on nobody. If they didn’t treat us right, we just went on.

“We would go on, we went Christmas Eve night and Sunday night, serenading. That was the most fun. I would look forward to that every year. And on New Year’s night, we’d go serenading. And us girls, we’d take the cowbells. We’d take the cowbells off of the cows! And the men, the boys, would take real shotguns. They didn’t have firecrackers, to start with. They’d take shotguns, you know, to shoot all around the house. You know, everywhere we went, they treated us. Either if it wasn’t candy, apples, oranges or somethin’ like that, they was real good to get up and open the door. They was afraid we’d do somethin’ to ‘em if they didn’t. They’s afraid that their wagon’d be — but they boys was all good ones, that we was with. But they’d get up and you know they served us every place we went. They served something. You was real quiet, and everybody walked in, you didn’t go in a car, no way, you walked. And we walked in a neighborhood–we was real quiet–we’d wait til we’d get just right to the house, then go to shooting and running around the house, just a-running around the house and ringing the bells and a-shooting and a-screaming to the top of our voice! And it would be dark. They’d have every light off, a little lamp. After awhile–we wouldn’t be running around there long til we’d see ‘em strike a match and light that lamp, that kerosene lamp, open the door and say ‘y’all come in.’ Then we’d quit shooting, quit ringing our bell, and they would have their cake out in little pieces for us, or an apple for every one, or an orange, candy. Some of ‘em would have somethin’ to drink. And if we wasn’t hungry, we would take it. We would be loaded. Kind of like trick-or-treating. We’d be loaded. Then we’d get through serenading, go back down the road, and the boys would go out in the woods and get a lot of wood. We’d build, like, a big bonfire, and tell tales, and play Pleased or Displeased til midnight. Then we’d have to go home.”

“They’d go around at Christmas time, and they would ring bells and shoot guns straight up, and beat old pans and scream and holler, you know. And you could look for it, sort of like what children go around to now at trick-or-treat, only they called it serenading. Well if somebody got newly married or if somebody just moved in they would get a serenading. Well you might as well figure on having the oranges, cake, and the candy, and whatever you were going to give, because when they got through with their racket well then they come in and get some. Well, at Christmas time, why they’d plan it for a week at a time every night just going to have some fun ‘cause that’s all the fun there was.” 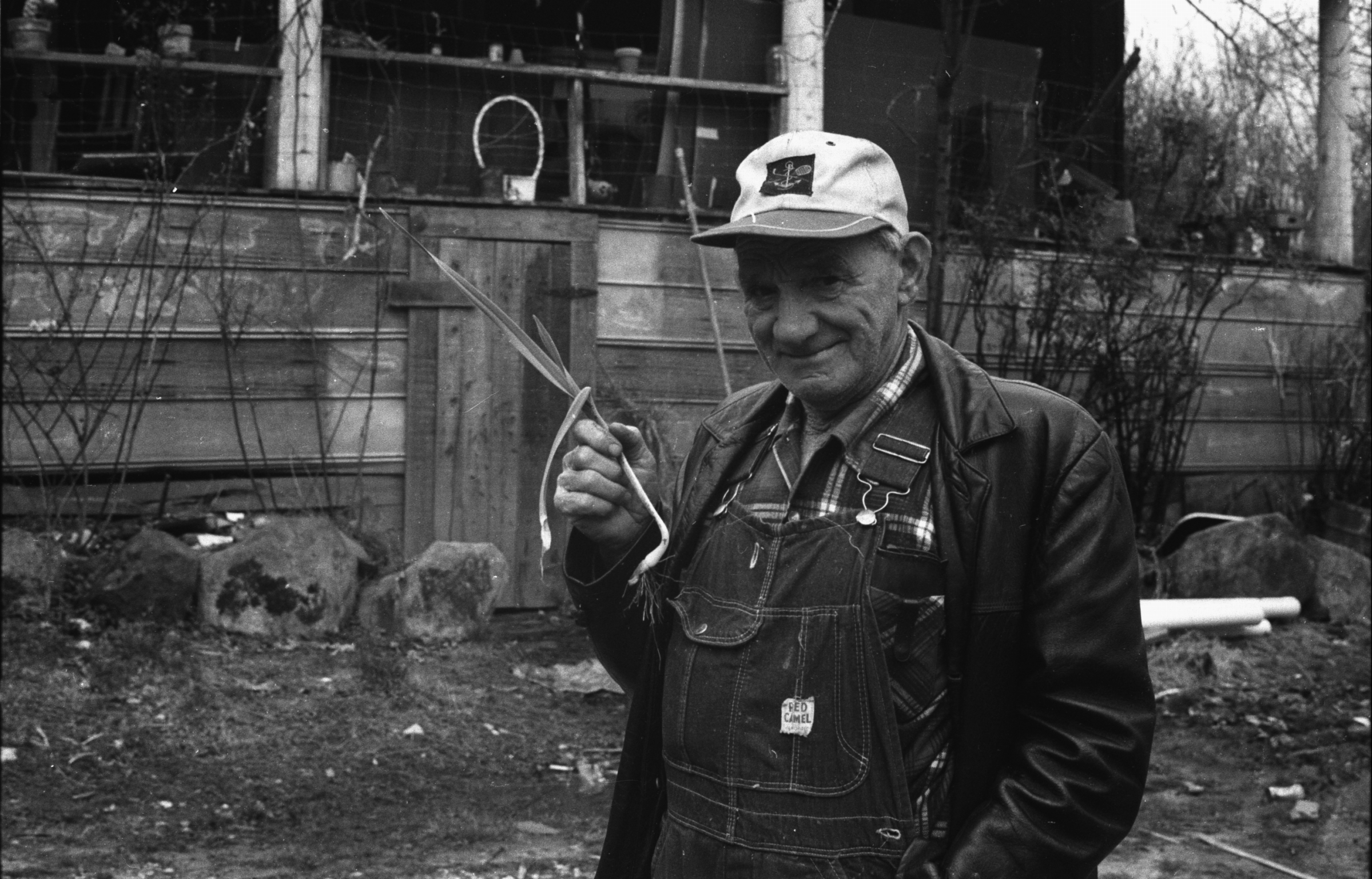