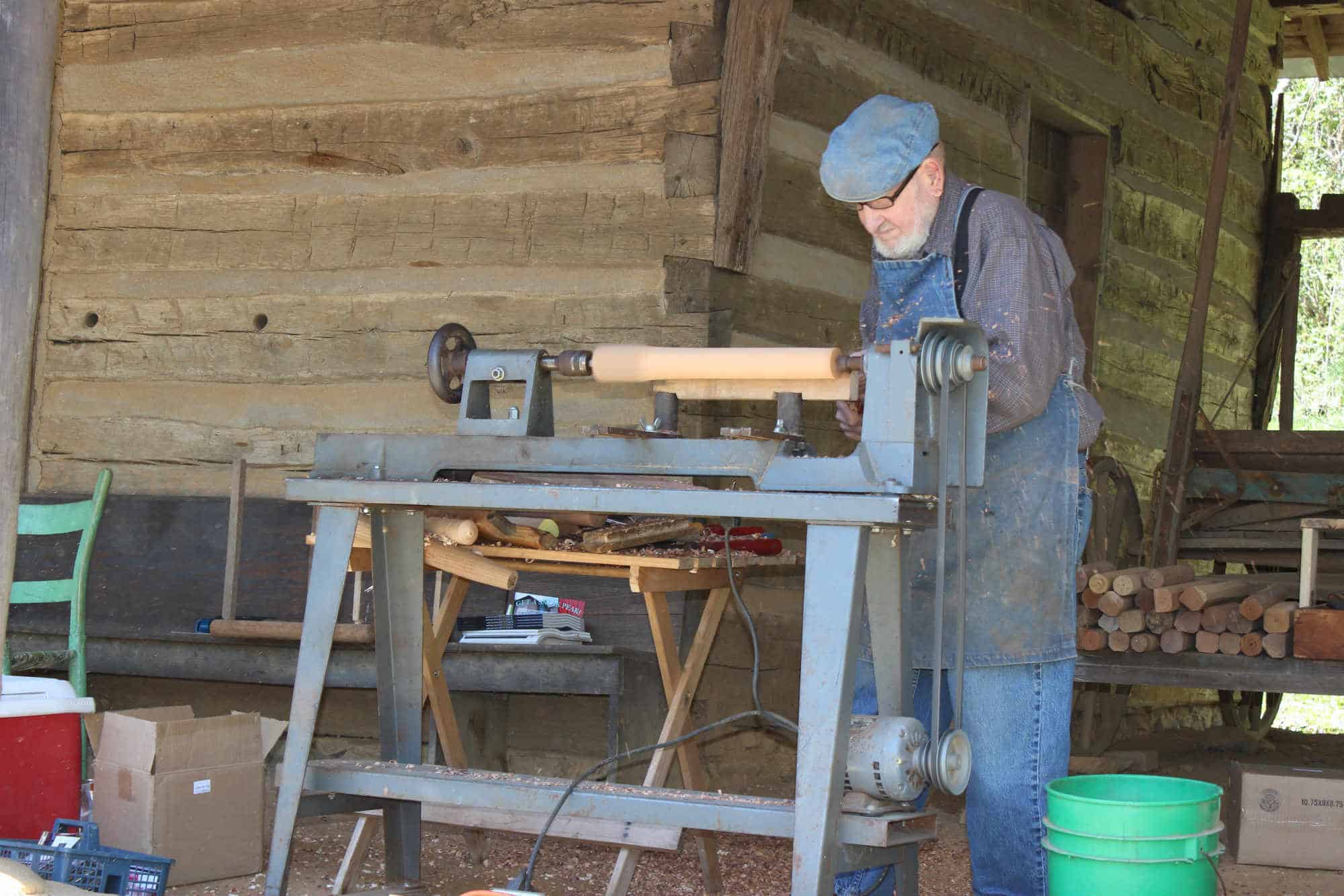 Max Woody was a master chair builder and woodcraftsman.

Foxfire lost a member of our family last week. Max Woody was prominently featured in Foxfire 10 for his skills as a master chair maker, and also made appearances in Foxfire 11 and Foxfire 12. He instantly became a favorite of the students and staff here – he was incredibly kind and generous with his time and his skills and all agreed that he was very much a joy to spend time with. Max passed away on January 2nd and was laid to rest on January 7th.

Beyond his interviews with students, Max became a fixture at Foxfire’s annual Heritage Day festival. Up until just two years ago, he would come and spend a few days with us and demonstrate his amazing ability for our visitors. He was very much loved by us all and will be dearly missed. We’ve published his obituary in full, below.

Max “Pat” Woody, age 89, of Marion, North Carolina passed away on Wednesday, January 2, 2019 at the John F. Keever Solace Center. A native of McDowell County, Max was born on January 24, 1929 to the late Claude and Fannie Arrington Woody.

In addition to his parents he is preceded in death by two sisters, Ruth Chapman and Margaret Woody.

Max was a sixth-generation Master chair maker who has been producing chairs for sixty-six years. His chairs are in all fifty states and owned by many famous people. Max was known to donate many of his chairs to charity to help raise money for those less fortunate. His work has been featured in many magazines, as well as Good Morning America and even CBS news. He was a member of West Court Baptist Church. Max enjoyed making bluegrass music and was an accomplished fiddle player. He had a book named “A Legacy in Wood” written about him, and also received the Hudson Brown Folklore Award. When children would visit his shop, he would make the boys a bat and the girls a rolling pin. Max was also a United States Army veteran serving in the Korean Conflict.

A funeral to celebrate Max’s life will take place on Saturday, January 5, 2019 at 2:00 p.m. at West Court Baptist Church with Reverend Jeff Burchette officiating. The family will receive friends from 12:30 p.m. until 2:00 p.m., prior to the service at the church. Interment will be on Monday, January 7, 2019 at 1:00 p.m. at Western Carolina State Veterans Cemetery.