Nearly a year ago, we discovered this image of Hattie Hicks Presnell playing the fiddle and her mother Buna Vesta Hicks. 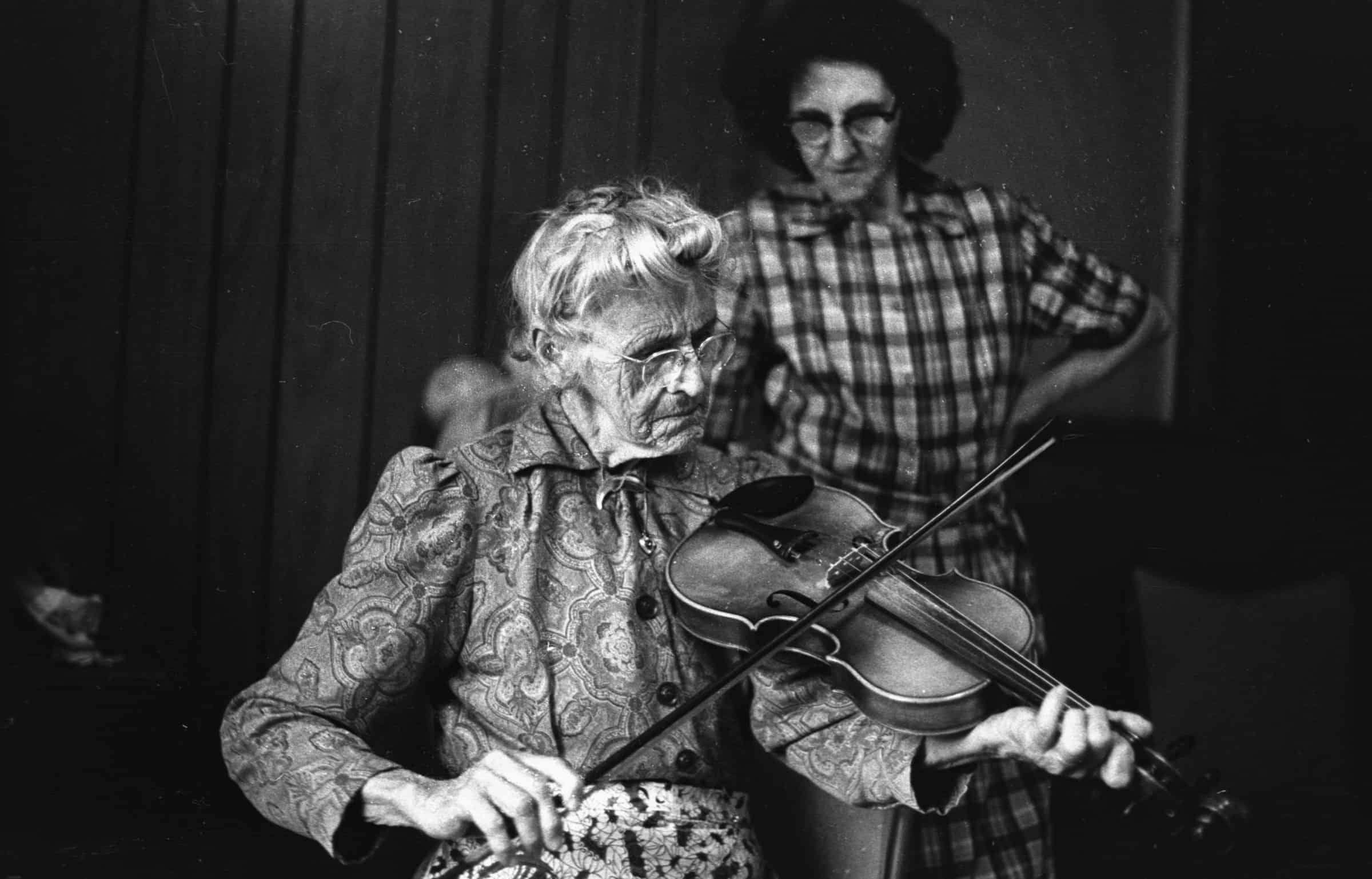 Striking for both its composition and characters, the viewer is immediately drawn into the scene, simply waiting to hear the music. However, the image remained silent. Little by little, we’ve been able to uncover more about the subjects and, finally, last week uncovered a recording from their interview with Foxfire students in 1974.

Except it’s not Hattie in the foreground. It is her mother, Buna Hicks.

Unfortunately, it is not uncommon in the realm of historic research to uncover errors such as these. All previous documentation had suggested that Hattie was the primary subject of these images and interviews. Not until we came across this video interview of Buna Hicks did we recognize our mistake. The subjects are undoubtedly one and the same. We double checked census records and death certificates to confirm dates and relationships. This evidence confirmed our suspicions. However, during the process, we were able to learn about the Hicks and Presnell families, both of which were intricately intertwined for decades in Watauga County, North Carolina.

Buna Presnell Hicks was born on November 11, 1888 to Andrew and Jane Eggers Presnell. She married Roby Hicks, son of Samuel and Becky Hicks, and together they had several children, including Hattie and Stanley. Both the Hicks and Presnell families were known for their music and storytelling talents on Beech Mountain. Roby Hicks, along with his brothers and father, made instruments and played the banjo, skills he passed on to his son Stanley, a Foxfire contact. Stanley became recognized for skill in playing and making both dulcimers and banjos, and his sisters Hattie and Rosa went on to make recordings of mountain ballads.  Buna also sang ballads and taught herself to play the fiddle and dulcimer. Buna made several recordings throughout her life and was well known as a folk musician in the Appalachians. She died on April 21, 1984. 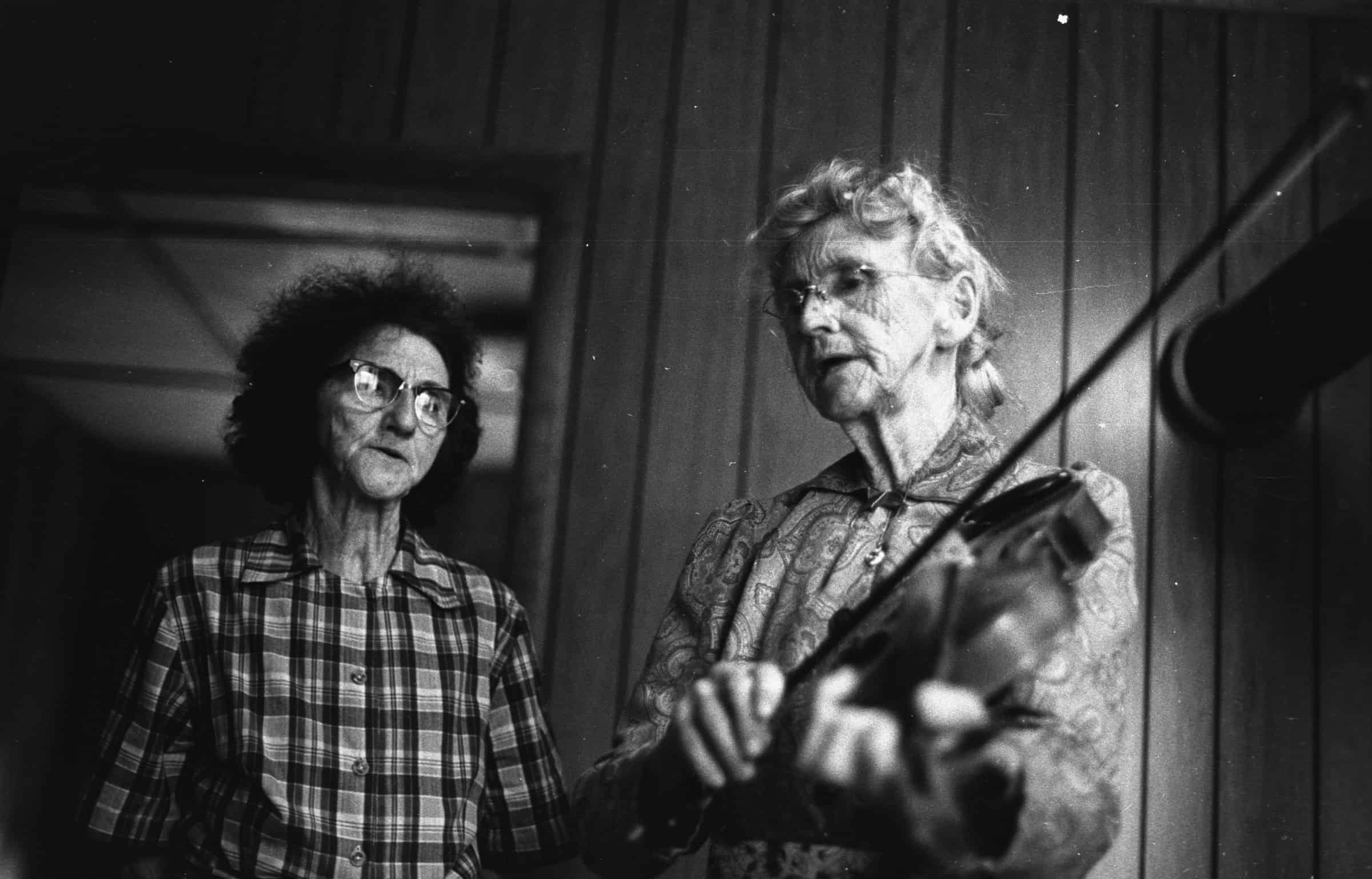 In addition to these facts gleaned from census records and family histories, the Foxfire interview with Buna provides a personal character sketch. Buna had strong feelings about music. “Fiddle and banjo, they kinda get up and go music.” The spirited, upbeat tunes of fiddles would “get a man’s feet hot dancin’ like that” while dulcimers, with their singular drone note, were “sort of a lonesome kinda music.” She never learned contemporary styles of music, but preferred the inspirational and folk tunes of the mountains.

Buna shared some family anecdotes that provide a look into the culture of Beech Mountain at the turn of the century. While most people were against dancing at the time, her mother loved to dance.

“My mother was a good ole woman and she said if she took a notion to dance in the president’s house she’d dance. Yes, she didn’t mean any harm just get out and have a little fun and dance a little.” 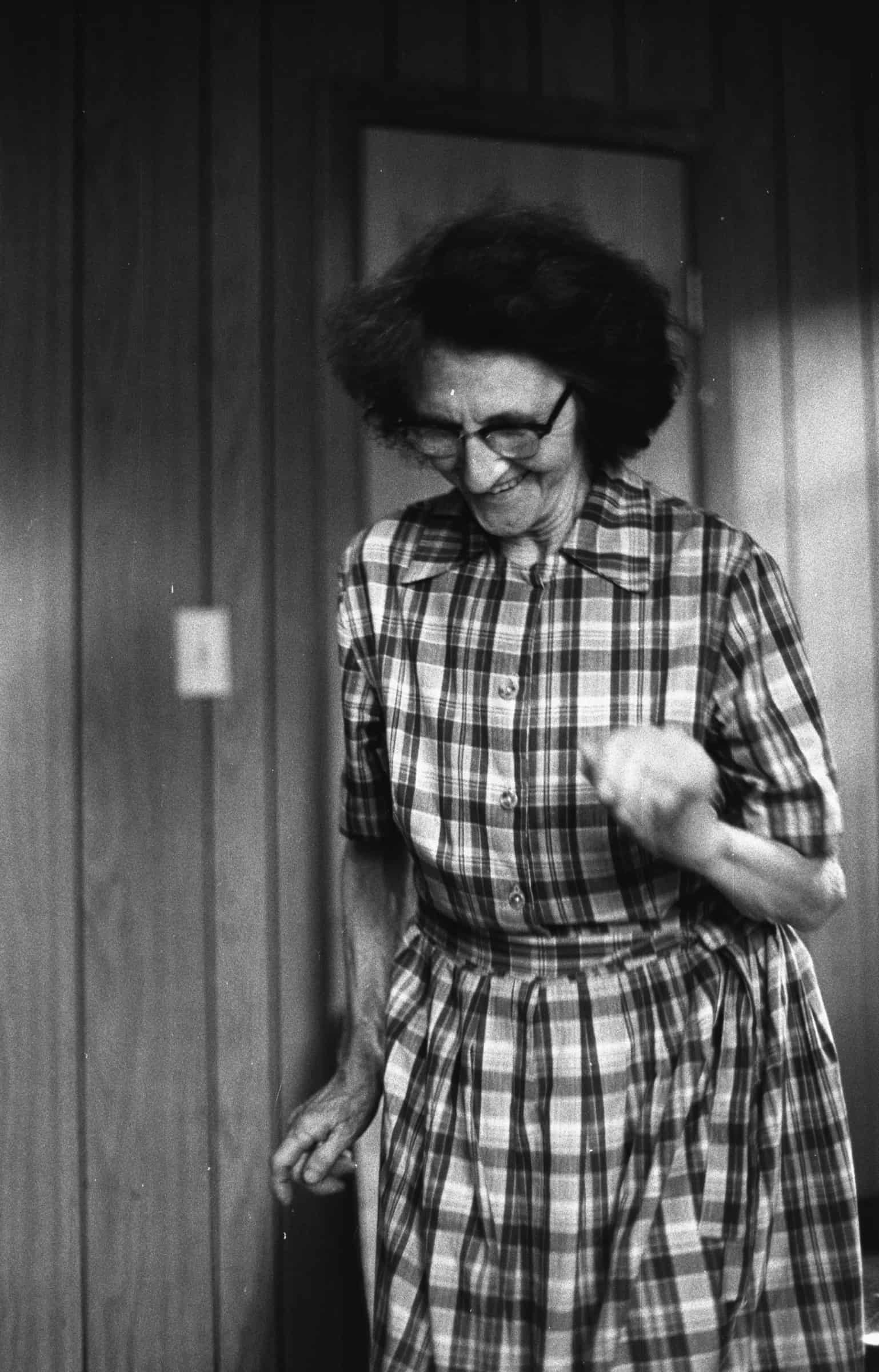 She also discusses family recipes and collecting food, including how to make apple butter and how to dry apples. Buna and her family would cook apples with molasses, boiling it until it got thick and stirring it with wooden paddles. Excess apples would be dried on pans in a special outbuilding that had a kiln inside. They would keep a fire burning for about two days until the slices were dry. Buna thought dried apples strung up were the “prettiest things dried like that in the house you ever seed.” Vegetables, like green beans and pumpkins, would be dried and stored as well.

Among her uses for and tales about wild plants was an origin story for the glowing fungi which Foxfire is named after:

“A fox seed this fire. Well, he went and got him a rabbit and went back and hung it up in front of it and sat up all night long waitin’ and it never did cook his rabbit and that’s the reason it’s foxfire. This foxfire I wish I could see some more of it. It just shines. Oh how bright it shines!”

Buna did not attend school, but it is evident from her interview and musical talent that she was a sharp and driven woman. She taught herself to play fiddle and excelled at it. Buna was also literate and believed that “it’s a good thing to have learnin’, if a body ain’t got none they sure goin’ to miss it.” 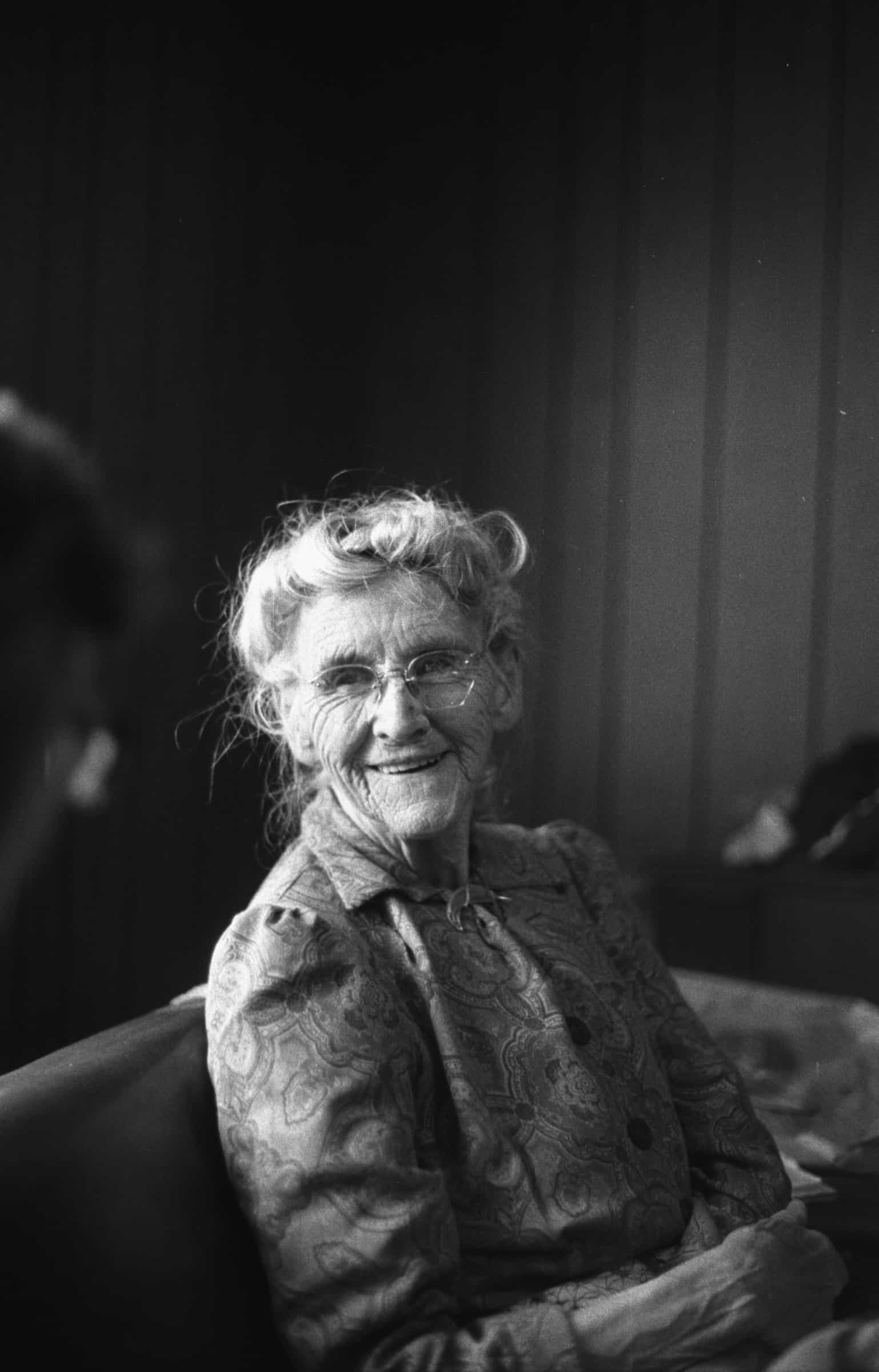 Buna left an incredible legacy and a love for music that continued through the talents of her children. Her stories and words of wisdom are an invaluable asset to the Foxfire collection. They illuminate the close-knit community and rich folk heritage of Watauga County. We hope to continue research on her and her family, and perhaps uncover more hidden tales like hers within our collection. Until then, enjoy this fiddle tune from Buna Vesta Presnell Hicks, 1974:

*all quotes are from Foxfire’s 1974 interview with Buna Hicks