At the End – You Meet God

Despite traveling across the Southern Appalachian Mountains throughout my childhood, I was not introduced to the Foxfire books until Fall 2016 by an undergraduate professor. My semester’s focus was on creating art inspired by Appalachian folklore. Foxfire 2 was my first suggested resource and I devoured the chapter “Boogers, Witches, and Haints”. Not only did the stories enthrall me but the choice of included images were riveting. The image that stuck with me the most was the photograph that bookended the chapter with a full-page forest scene and a small picket sign that reads “At the end – you meet God”. 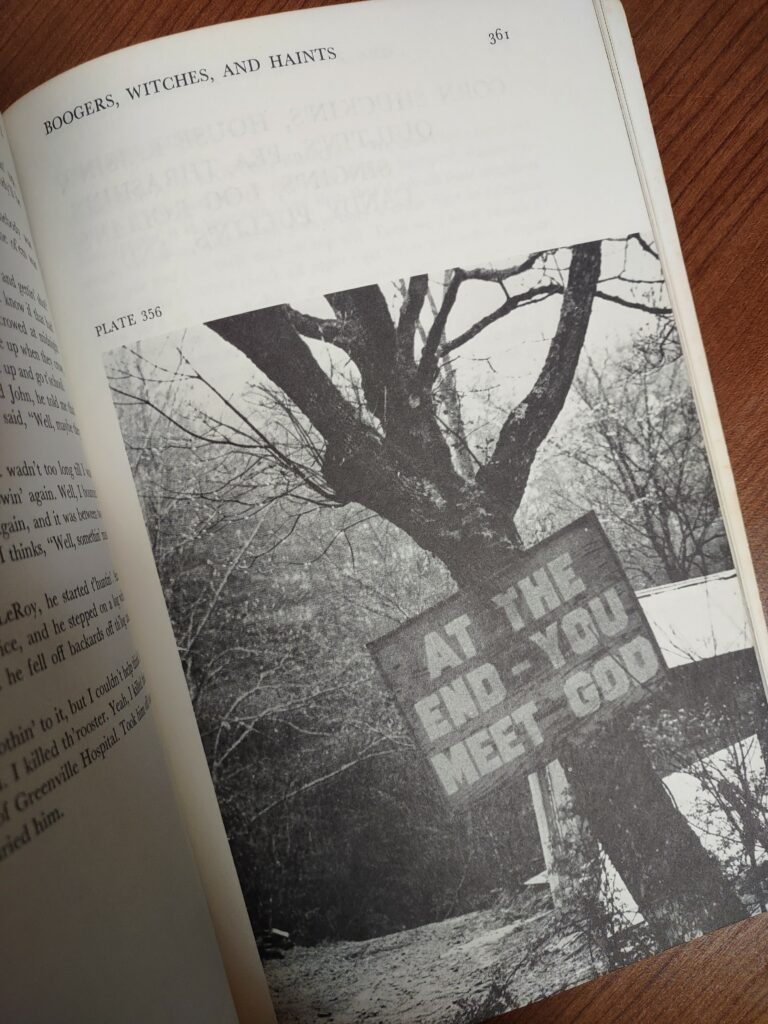 Anyone who has driven along mountain roads has encountered some iteration of these signs. Most proclaim a simple “Jesus loves you!” or recite one bible verse or another. Often these signs don’t stay with a driver for more than a few minutes; this one, however, has stuck with me for 6 years. Coming across that photograph after reading through stories guaranteed to give you goosebumps gives the sign’s message more power that it may have on it’s own. I applaud the Foxfire students and editors for setting up the page layout as they did. The impact from that design influenced a piece of my own work for my semester’s portfolio. I secured a piece of cloth printed with vintage drawings and songs, into a small embroidery hoop. I centered the focus on the dancing couple, a scene associated with life and happiness. Over the image, I stitched the phrase “At the end you meet God” in red thread. Not only does the red thread usually give a sense of foreboding but it contrasts with the green in the illustration to stand out. By stitching over the image, the phrase almost interrupts the happiness of the dancing scene and causes the viewer to pause. 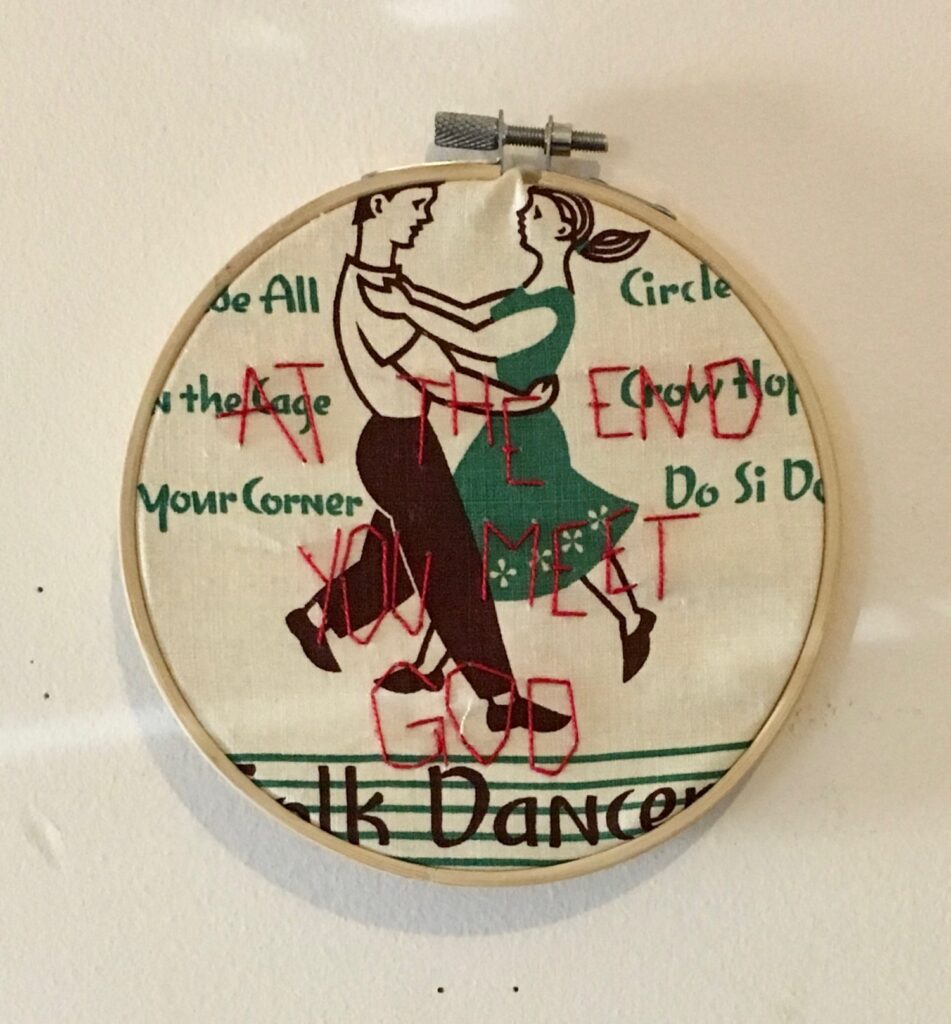 The impact of that sign, and the Foxfire books as a whole, aided my journey in learning more about Appalachia and my family’s connection, albeit more from the northern Georgia Piedmont region of the mountains. Now, over 5 years later, the embroidery piece has sold and I have started my graduate school internship at the Foxfire Museum. Now we just have to see where the end takes us.